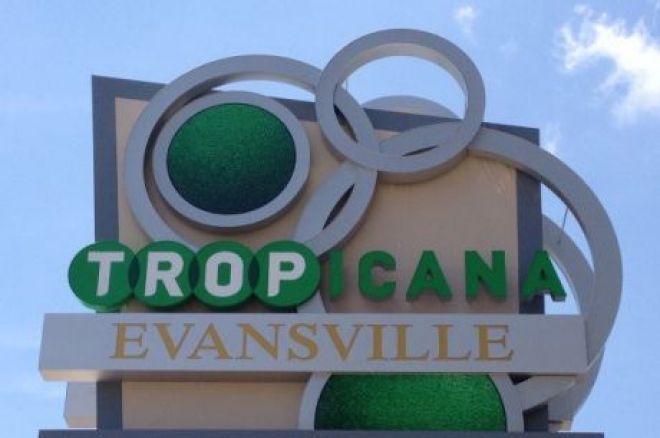 This weekend, Season 6 of the Mid-States Poker Tour (MSPT) is at Grand Falls Casino near Sioux Falls, South Dakota for a $1,100 buy-in $150,000 Guaranteed Main Event. Of course you'll be able to follow the action from that tournament in our dedicated live blog.

That said, it's never too soon to look ahead to the next stop – MSPT Tropicana Evansville in Evansville, Indiana. The stop will run from August 15-23 and culminate with the Indiana State Poker Championship, an $1,100 buy-in $250,000 Guaranteed Main Event, from Friday, August 21 through Sunday, August 23.

"Tropicana Evansville was added to the MSPT schedule last year, and it proved to be a huge success," boasted MSPT owner and operator Bryan Mileski. "We're thrilled to be heading back in Season 6, and even though we've upped last year's $100K guarantee up to $150K, we're confident we'll crush it for the second year in a row."

Indeed, last year's event more than doubled the guarantee as 225 entrants took to the felt to compete for a $60,527 first-place prize. In the end, Kentucky native Charlie Dawson defeated Alex Yen in heads-up play to capture the title.

The PokerNews Live Reporting Team was on hand to capture action from that event, and we're happy to announce that we'll once again return to the Hoosier State for the Indiana State Poker Championship. That means players will have the opportunity to use the My Stack app to update their hands and chip counts straight into the live blog.

"The response from our core poker players has been extremely positive," Mike Miller, Director of Table Games for Tropicana Evansville, previously told PokerNews. "They are very excited and are looking forward to matching wits with some of the best poker players in the world."

Here's a look at the upcoming MSPT Tropicana Evansville schedule:

The Main Event will be held over three days beginning Friday with Day 1a at 4 p.m. Day 1a will play 14 levels. Saturday's Day 1b will also start at 4 p.m. and also play 14 levels. Players who advance from Day 1a are not eligible to play in Day 1b. The remaining players from each flight will combine on Sunday morning at 10:30 a.m. and play until a champion is crowned.

Located at the bottom tip of Indiana near the border of Illinois and Kentucky, the Tropicana Evansville Casino is surrounded by four major cities (St. Louis, Indianapolis, Louisville, and Nashville) all within a three-hour drive. The casino is located on an 841,848 square foot area at Riverfront Park on the Ohio River in downtown Evansville. The $110 million entertainment facility includes a 250-room hotel and a 96-room boutique hotel, an executive conference center, retail shops, restaurants and lounge area.

Finally, if you're looking for things to do off the felt while in Evansville, check out PokerNews' five recommendations here.

Here's a look at those who've capture titles in Season 6 thus far: