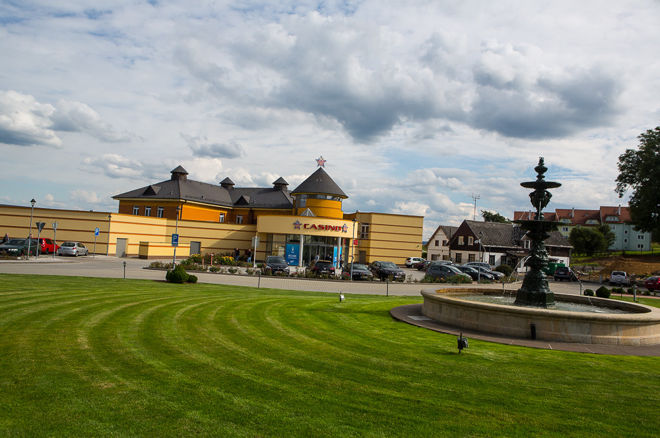 The World Series of Poker Europe has signed a multi-year deal with King's Casino Rozvadov, which will be home to the tour in 2017 and into the foreseeable future.

“I have really bought intoLeon [Tsoukernik]’s vision for creating a poker-first destination in Central Europe,” said WSOP Executive Director Ty Stewart in a release. “The existing setup already reminds me of the Amazon Room at the Rio and it’s only going to get bigger. When the new hotel and the renovations are complete, and considering the way Leon and staff cater to poker players, this is going to be a very comfortable environment for a large festival such as ours. With King’s backing large guarantees and media coverage, we believe we have found a long term home for WSOPE to replicate the scale we enjoy in Las Vegas.”

The World Series of Poker is working to put Rozvadov, Czech Republic and King's Casino Rozvadov (Europe's largest poker room) on the map by providing more events there. WSOPE offered a circuit event at King's in 2015 and has anotherstop that will kick off Oct. 27.

King's Casino currently has over 150 poker tables and runs cash games and tournaments round the clock. King's Casino is also in the process of expanding, creating a new hotel tower and more poker tables.

Tsoukernik said that he is excited to reveal the new version of King's. The casino space will be expanded by 1,800 meters, there will be 40 more poker tables and 218 more rooms. The new building will have three floors of hotel space and one floor of luxury suites. This last four will also contain a wellness center with Jacuzzis, saunas, massage rooms and a fitness center. This expansion has an expected completion date that is prior to the start of the tour in 2017.

“Last year alone, we brought over 250,000 poker players to Rozvadov. Although this is already a great result for a town of 500, I believe we will be able to double that number as soon as our plans for expansion are completed and people will get the opportunity to come here for a proper poker holiday,” Tsoukernik, the casino's owner, said in the release. King's Casino more recently became home to Fedor Holz and November Niner Vojtech Ruzicka.

According to the Caesar's Entertainment, the terms of the agreement for 2017 are:

The WSOP Europe events will distribute WSOP bracelets at events in 2017 and 2019. All the Main Events will be filmed for television, with other events receiving live reporting and live stream coverage. WSOP and King's will announce the details for when these events will take place once finalized.