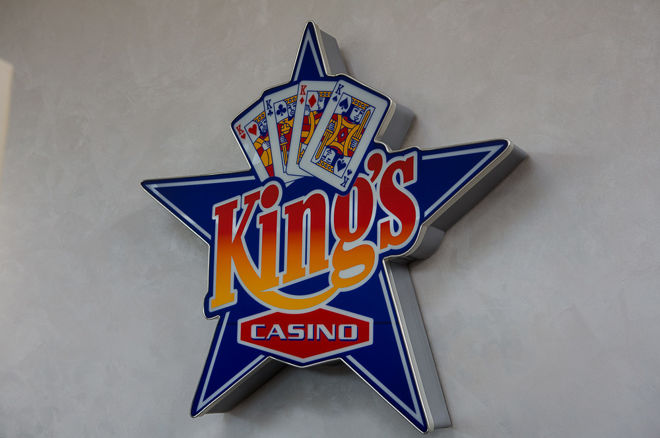 The universal law of attraction, which simply says like attracts like, certainly seems to apply to high buy-in poker tournaments. Look at a tournament series schedule, and you're sure to find a high roller somewhere. While there appears to be more and more of high rollers, none are as anticipated as the One Drop.

Following the fruitful and exciting conclusion of the $111,111 One Drop High Roller, where Doug Polk claimed victory after four days of battling against poker's best, King's Casino extended its congratulations to Polk and offered an invitation to join them in November for the next One Drop high roller at the World Series of Poker Europe.

"All of us at King's would love to congratulate Doug Polk on his fantastic win, and we extend a very warm welcome to him to play our €111k One Drop at the WSOPE in November,” said Leon Tsoukernik, Czech entrepreneur and owner of King’s Casino. “This One Drop high roller will be the richest non-invitational tournament in European poker history and with 84 deposits already put down and the field capped at 111 we encourage players to commit sooner rather than later!"

Getting so close to the coveted bracelet may have prompted the recent entries of three players from the One Drop final table. Runner-up Bertrand "Elky" Grospellier joins Rainer Kempe, Andrew Robl and 81 other businessmen, philanthropists and poker professionals on the big stage in November to fight for gold while using their poker prowess to give back and do good.

One Drop has been a charitable partner of the World Series of Poker since 2012 when the first One Drop made history with the first $1 million buy-in tournament in history. The World Series of Poker has since waived its fees and recently raised $505,570 from this year's tournament to the One Drop Foundation which promotes access to safe drinking water around the world.

Since then, the World Series has proudly hosted a Big One and Little One for One Drop each year. Tsoukernik is proud to take what has been primarily a Las Vegas highlight and bring it to Rozvadov, which houses Europe's largest poker room.

In addition to three One Drop final table members mentioned above, some other recent additions to the Europe version include recent bracelet winners Igor Kurganov and Liv Boeree, along with Gus Hansen, Bobby Baldwin, Lauren Roberts and Dan Shak, who exited this year's One Drop on the money bubble.

King's Casino will also be offering the €1,100 Little One for One Drop No-Limit Hold’em with a €500,000 Guarantee and two starting flights on November 1st and 2nd.