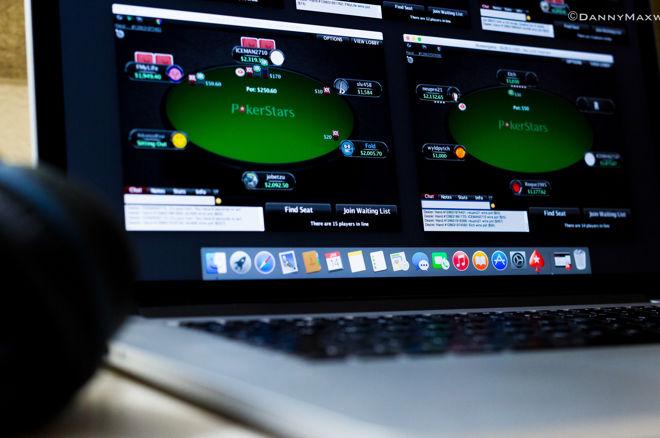 The 2017 World Championship of Online Poker (WCOOP) at PokerStars was a monumental success on many levels.

The festival easily surpassed its $60 million in posted guaranteed prize pools across the 81 events that played out Sept. 3-27. The WCOOP-record 107,226 players who participated competed for $90,648,301 in total payouts.

The WCOOP low events also exceeded expectations for PokerStars with the more than $19 million in prize pools shattering the $11 million in guarantees. PokerStars thanked its players in a press release.

"Firstly, a big thank you to our players who make WCOOP the success that it is," said Severin Rasset, Director of Poker Innovation and Operations.

"The total amount of $90 million in prize pool money is staggering. We strive to bring the excitement and the thrill of a big world-class poker series to even more poker fans all over the world and it’s good to see that the Low Stakes series that many of our players asked for was so well received. We know that this series is very close to everyone’s hearts and we will work hard to make sure that the next one is even better."

Dutch poker player Steven "SvZff" van Zadelhoff, playing from Malta, was easily the star of the show after he outlasted a field of 2,183 entrants to win the WCOOP-H $5,200 Main Event for a whopping $1,624,502. The only other player to win a seven-digit score during the festival was Canada's Joshua "joshuah333" Herman who collected an impressive $1,173,713 for second place in the WCOOP-H Main Event.

Zadelhoff was elated by his win and was out on the town popping bottles with friends. He also took time to share his pride in the win.

"I felt pretty strong," Zadelhoff shared. "I worked hard to get here and I’m insanely proud and happy I could finish it. Now it’s back to the grind but life is even more amazing than it already was."

Here is a look at some of the notable players to win multiple COOP titles after shipping a WCOOP event this festival:

This year marked the first time PokerStars hosted a low WCOOP event schedule alongside its normal WCOOP schedule. Each low event began the following day of the corresponding high event.

Finland's "jaloviina007" took the most advantage of the new events after shipping the WCOOP-L $215 Main Event for $331,279. The tournament attracted an impressive 15,626 entrants to generate a massive $3,125,200 prize pool, far exceeding the $2 million guaranteed promised by PokerStars.

Fierro's win marked his second WCOOP victory after he won a WCOOP event in 2014 for $77,923 as part of a three-way deal. He also is the proud owner of almost $11 million in online cashes as tracked by PocketFives, where he is currently ranked in 16th place in the world. His other online achievements tracked by PocketFives include an impressive 21 Triple Crowns, ranked #1 in the world three separate times and winning the Monthly Leaderboard five times.

This wraps up our coverage of the 2017 PokerStars World Championship of Online Poker. Stay tuned at PokerNews as we bring you the highlights of all the biggest live and online poker events.