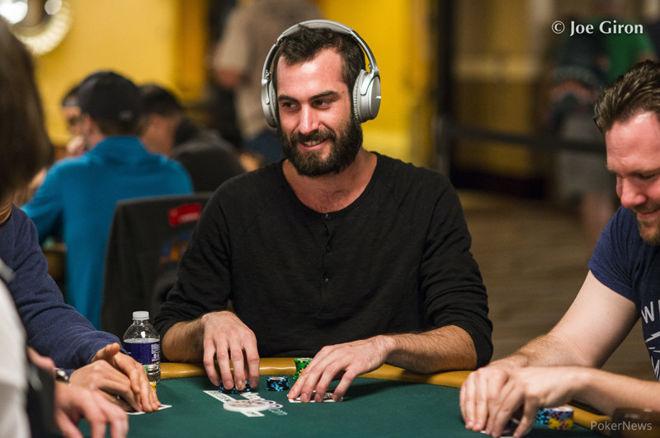 Back in 2015, Anthony Spinella became the first player to win a World Series of Poker bracelet primarily online — the event finished up live, something that has been changed for subsequent events.

Now, he's doubled up on his historic feat. The WSOP awarded its first online Circuit ring in WSOP.com ONLINE Ring Event: $365 No-Limit Hold'em concurrent with the Circuit stop at the Rio All-Suite Hotel & Casino. When it was all over, none other than "casedismised" had emerged as the winner once again.

In 2015, when Spinella won that initial bracelet — still his lone piece of WSOP gold — he claimed $197,743 in prize money. He got through a field of 905 in the $1,000 event and topped a final table populated by several recognizable American regulars, the likes of Ryan Franklin, David Tuthill, Craig Varnell and then Hunter Cichy heads-up.

Whether that experience informed his decision to play the first online ring event or not, Spinella decided to participate in the $365 reentry event, which drew 420 entries for a prize pool of $137,760. That field and prize pool leaned on the larger side of the $365 events in the Circuit as a whole, although many of those feature limited or no reentry.

Again, Spinella had to deal with plenty of notable foes as the tournament wound down. Varnell again cashed, while Alex Masek and Mike Leah were among those falling during the final two tables.

The final table featured two-time bracelet winner Scott Clements and nine-time ring winner Josh Reichard — featured here on the LFG Podcast — but they got seventh and sixth, respectively. In the end, Spinella outdueled Jessica Dawley heads up to lay claim to $35,817.

Spinella having such success in online events shouldn't be any sort of surprise, considering the fantastic ledger he built for himself playing online under the moniker "holdplz" on PokerStars and Full Tilt Poker. There, Spinella racked up about $4.8 million in online winnings according to PocketFives.

He moved to Mexico after Black Friday to continue that online career but appears to have transitioned to playing more and more live, though he still does log the occasional score online. Spinella told PokerNews in 2015 that he does prefer to play live, and his results have ticked up since that bracelet win with about $2 million in cashes, highlighted by a second-place finish at last year's WPT Bay 101 Shooting Stars.

Now, he's forever etched his name in poker trivia, at least if the online bracelet and ring events continue to rise in popularity and become staples of the scene.