Armin Mette Bags Lead on Day 1b of the €5,300 EPT Prague Main Event 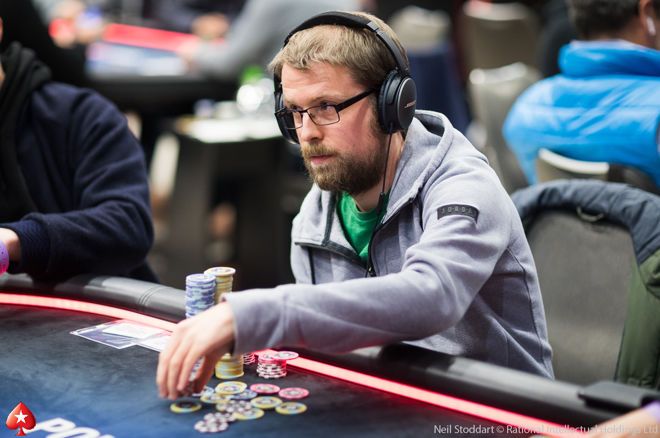 Day 1b of the €5,300 EPT Main Event at the 2018 PokerStars European Poker Tour Prague held at the Hilton Prague is in the books. A total of 785 players registered for the flight, including 109 reentries. Only about 300 of them are left after 10 one-hour levels of play.

The chip lead belongs to Armin Mette. The Austrian bagged 280,000 and sits in second place overall, behind Day 1a chip leader John Sarailis who bagged up 297,400.

The day started with about 300 players already registered for the tournament, but registration is still open until the start of Day 2. Plenty of big names started the day, but they didn't make it through to Day 2. The 2016 EPT Prague Main Event champion Jasper Meijer van Putten was one of those players.

Fatima Moreira de Melo (30,700) and Muskan Sethi (27,500) are still waving the flag for PokerStars Team Pro. Both made it through with about the stack they started the day with, but they will have plenty of room to play tomorrow as the first level will be 800/1,600 with a 1,600 big blind ante.

The tournament will continue with Day 2 on Friday starting at 12 p.m. local time. Levels will be 90 minutes from Day 2 onwards and they will play five levels on Day 2 with a break after every level. Stay tuned to PokerNews to follow updates from the €5,300 EPT Main Event at the Hilton Prague.