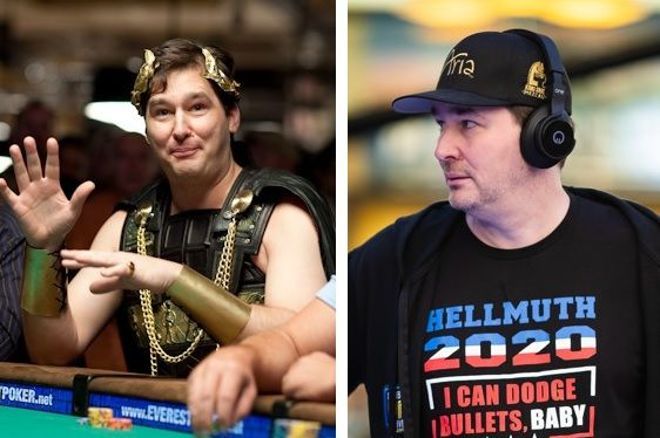 This week, the #10yearchallenge got real on social media. Thousands of people were posting pictures on Twitter and Instagram from 2009 and 2019 to show the difference. Poker players joined in on the action and we gathered a few to look at how they have changed. We also used our own database of pictures to gather some players.

Here we have Phil Ivey on the final table of the WSOP Main Event in 2009 and then a picture of Ivey with Daniel Cates, who posted this image on Tuesday:

And what to think about Antonio Esfandiari? First, we have a picture from the WSOP Main Event ten years ago and then a short video of his first NBA game on the 3rd of January:

Jason Mercier has also changed a bit over the last ten years:

And what about professional streamer Lex "RaSZi" Veldhuis? Do you see the difference?

And last but not least, Phil Hellmuth:

2017 Main Event winner Scott Blumstein went a different route, showing a major change from one year ago - and an inspirational message to go with it.

Forget the #10yearchallenge. Of course you’re different then you were a decade ago. The #1yearchallenge is more imp… https://t.co/kjTGAjV8e5