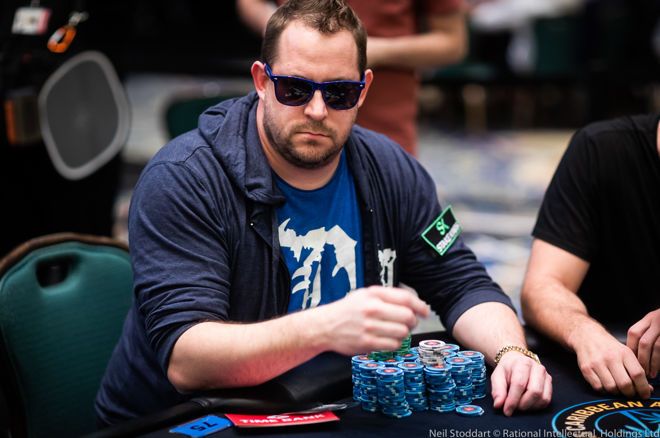 When Jason Koonce checked into the Atlantis Resort in the Bahamas at the start of the PCA, they gave him high-roller regular Jason Koon’s room. It’s pretty obvious how the mistake could be made, especially considering they were both expected to check in within a day of each other.

Koonce is no Koon, but he’s by no means out of his league playing in the $25,000 buy-in PokerStars Players Championship. A frequent cash game player 8-10 years ago, Koonce still hops in the occasional $25/$50 or $50/$100 game in his home area in Michigan or when traveling to L.A. or Vegas for work.

“I used to play a lot, but work and family start to take priority.”

Escaping the Cold to Fire PSPC

"It’s ten degrees in Michigan right now so what better spot than the Atlantis to come play a $25K?”

“After seeing the structure of [the PSPC], some friends and I decided we had to come down and play it. I’m from Michigan; It’s ten degrees in Michigan right now so what better spot than the Atlantis to come play a $25K?”

Koonce swapped small pieces with 10-12 other players and by Day 4, only he and Mathis remained.

“It was kind of cool. All of our [poker pro] friends busted early and we (amateurs) made it down to the final thirty-something, so it was pretty funny.

“I have about 80 percent of myself after trading a bunch. I traded with a bunch of pros who are all out. And I would have traded more, so I guess I’m sitting in a better spot than I [would have been in].”

With Mathis bowing out in 35th place for $86,400, the remaining hopes rest on Koonce, who has been vying for the chip lead here on Day 4.

"I’ve been looking kind of reckless and I’m really not that reckless of a player."

Koonce said it’s been a pretty big advantage being an unknown in the field and some hands that have been shown on feature tables have also contributed to a favorable image.

“I’ve been at the feature table a lot, so I’ve actually had to show a lot of hands,” Koonce said. “I hate showing hands, but obviously that’s what we sign up for. I’ve been caught with my hand in the cookie jar a couple times, so it’s actually benefitted me and helped me get paid off a few times in some big spots. [I’ve been] looking kind of reckless and I’m really not that reckless of a player, but I’ve kind of created that image, so it’s been good.”

Koonce met his similarly-named counterpart Jason Koon here at PCA after some comical Twitter banter followed a post by the infamous “Uncle Ron,” who had bought a small piece of Koonce on Stake Kings.

“It’s kind of been funny. [Jason Koon] and I had a good chuckle over it.”

Koonce — not Koon — is still battling in the PSPC, guaranteed a payout of more than $200,000. While big money would be nice, he’s just enjoying the ride.

“It’s fun,” said Koonce. “This structure is incredible. PokerStars adding all the money to the prize pool and the seats… If they didn’t do all that, I wouldn’t be here playing this. Obviously to win $5 million would be fun, but yeah, I’ve just had a great time.”

You can follow the entire PokerStars Players No-Limit Hold'em Championship as updates are posted from The Atlantis in the Bahamas.