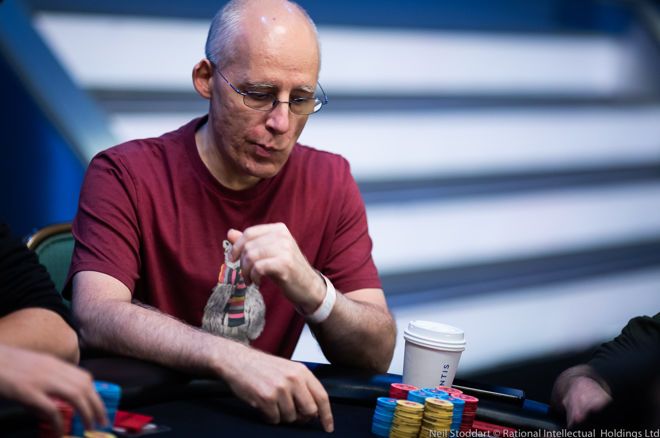 Two marquee multi-day events at the 2019 PokerStars Caribbean Adventure have reached final tables, and each one has featured Talal Shakerchi.

Just a day after got through a field of 1,039 to the final eight of the $25,000 PokerStars Players No-Limit Hold'em Championship, Shakerchi advanced to the last day of the $100,000 Super High Roller. That last one ended on a heartwrenching beat — he lost aces to ace-queen suited all in preflop — so Shakerchi will be hoping things go better for him this time around.

Unfortunately for the British high roller, he does bring the shortest stack (1,670,000) of the final five into Day 3. However, he does still have a very playable stack of around 40 big blinds, so he's by no means out of it.

Hunichen busted the likes of Steve O'Dwyer and Alex Foxen on the way to the final table to secure his chip lead, though he wasn't far clear of Hecklen. Whereas Hecklen basically treaded water at the final table, though, Hunichen got a stroke of good fortune to close Day 2 when he two-outed PokerStars Team Pro Igor Kurganov with eights against tens to lock up the Day 3 lead.

In addition to Kurganov, Steffen Sontheimer (seventh) and Stephen Chidwick (eighth) also cashed. They were the beneficiaries of Gregory Jensen busting on the bubble, losing a flip with ace-queen to the nines of Cortes.

The $100,000 Super High Roller resumes at 1 p.m. local time here in The Bahamas with a live stream to shortly follow on PokerStars.tv. They'll kick things off at 20,000/40,000/40,000 and play down to a winner, and you can watch the action on the stream and follow corresponding live updates here on PokerNews.