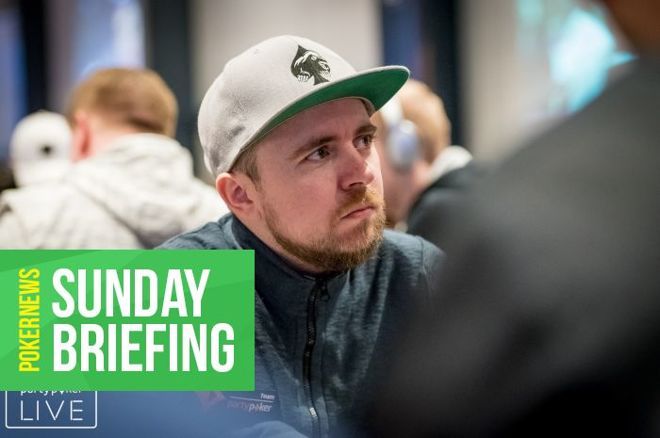 There were some massive scores in the online poker tournament world on Jan. 13 despite thousands of poker players being in The Bahamas for the 2019 PokerStars Caribbean Adventure, which you can follow via our live reporting pages.

Let’s take a look at some of the biggest results from PokerStars, partypoker, and 888poker from Jan. 13.

Some 5,909 players turned out for this week’s Sunday Million, smashing the $1 million guarantee by $181,800, which meant the top two finishers walked away with six-figure scores.

The nine-handed final table soon became eight-handed when the United Kingdom’s Jamie “Ship It 2010” O’Connor crashed out and got his hands on $9,386. O’Connor’s exit meant the surviving eight players would add more than $13,000 to their PokerStars accounts.

“AlinAUT”, “TheDudes777”, and “nili-nilsen” were the next casualties to exot, leaving only five players in the hunt for the top prize of almost $160,000.

Canada’s “FREDYWOLF” ran out of steam in fifth-place and banked $38,699 while “ReraiseRob” re-raised once too many times and busted in fourth-place for a $55,144 score.

Heads-up was set when “kirdface” of the United Kingdom busted in third-place for $78,579. This left “Caz_Cerneiro” of Brazil and “r1d3rst0rm” from Canada to lock horns one-on-one for the title.

No deal was struck despite there being a near $58,000 difference between first and second-place, so when r1d3rst0rm sent their Brazilian opponent to the showers in second-place, they banked the $159,563 first-place prize and resigned the Brazilian to a $111,973 consolation prize.

PokerStars High Roller Club: $2,100 Sunday HR is always a star-studded affair but this week’s edition was something else. After Patrick “pads1161” Leonard burst the money bubble by exiting in 10th place, “youngstar28” of the Netherlands helped themselves to the $5,499 ninth-place prize.

“RickLogrado” of Brazil and “ExactSystems” from Poland busted in eighth and seventh-place respectively to leave six well-known players, all of whom would have been a worthy champion.

Swedish star Johannes “Greenstone25” Korsar busted in sixth-place for $11,396 and was joined as a spectator by British high stakes guru Elior “Crazy Elior” Sion. Fifth-place was worth $14,529.

This set up an intriguing heads-up battle between Joseph “subiime” Cheong and Ukrainian grinder Roman “RomeOpro” Romanovsky. The two highly aggressive players butted heads for a while before Romanovsky came out on top to scoop $38,381, leaving Cheong to net $30,105 for his $2,100 investment.

Patrick “Patrick_Leonard” Leonard made amends for bursting the bubble in the PokerStars High Roller Club: $2,100 Sunday HR earlier in the night by walking away with the title of partypoker Sunday High Roller Bounty Hunter champion at his sponsor’s site.

Leonard’s final opponent was Latvia’s “rudiqa1”. Leonard’s bounty prize was so high because he not only won rudiqa1’s bounty, he also claimed the substantial payment on his own head as you do in PKO tournaments.

Fourth-placed “Dark_Poker” from Malta must have been busy claiming scalps along the way to the final table because they walked away with a total prize larger than third-place finisher “x_zola25”. Dark_Poker collected $6,871 for their fourth-place finish and this was boosted by an impressive $5,915 worth of bounty payments; only Leonard got his hands on more.

Another big PKO event at partypoker on Jan. 13 was the Sunday High Roller Bounty Hunter: $200K Gtd, a $530 buy-in tournament that attracted 397 players to the partypoker felt.

Earlier at the final table, WSOP bracelet winner Elio “donzledubru” Fox crashed out in seventh-place and turned his $530 investment into a combined score worth $6,344. The only other player, aside the top two finishers, to scoop five-figures was third-place finisher “Beocanin” of Bulgaria who saw a total of $10,296 added to their partypoker account.

Forty-five places were paid and by the time the eight-handed final table was reached at least $2,400 was up for grabs. “RenanToniolo” busted in eighth-place for $2,400, the first of two Brazilians at the final table.

The other Brazilian was Yuri “shitakimushu” Martins who navigated his way to a fifth-place finish, which was worth $5,700 this weekend.

“Torresfan03”, the first of two Brits at the final table, busted in fourth-place for $8,250 and was joined on the sidelines by Russia’s Anton “surprisefirm” Petrov who collected $11,000 for his third-place finish.

A field of 253 was outlasted by the Russia star, who defeated “Eclecctic” of Austria heads-up for the title, resigning Eclecctic to a $3,291 consolation prize.

Everyone finishing in seventh-place and above won a four-figure amount. “SirHennie” finished in seventh-place for $1,012 and was joined on the rail by “sloanstar14” from the United Kingdom, a finish worth $1,265.

$1,518 went to Argentinian grinder “Pepepepepe.” after they crashed out in fifth-place before “piraturosu” turned $109 into $2,213 when they fell in fourth-place.

The penultimate elimination was that of Sweden’s “Namlleh” who banked $2,972 for their third-place finish.

A First-Hand Account of the Madness of a Final Table With $5.1 Million on the Line