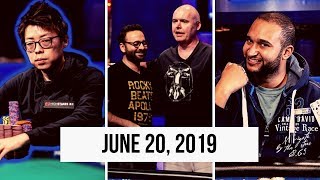 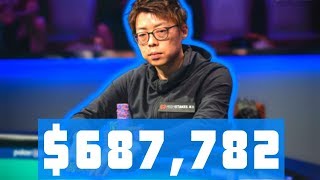 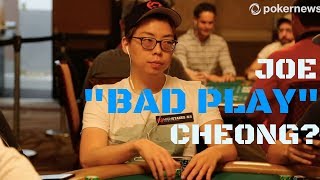 Does Joseph Cheong Make Bad Plays in the WSOP? 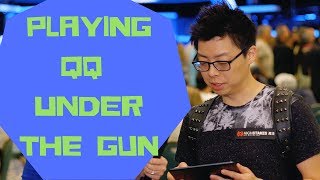 Cheong is a young and aggressive poker player with a promising career as a professional poker player. He is best known for his third place and $4.1 million finish at the 2010 World Series of Poker Main Event.

Cheong first appeared on the live tournament circuit in 2009 making a few cashes at the WSOP Circuit as well as some other minor events. Then in 2010 he took things to a completely different level. First he cashed in two WSOP-C events, and then in a WPT and an NAPT event. He then finished in the money in two World Series tournaments and finally went all the way to the WSOP Main Event final table finishing in third place for more than $4 million. After that Cheong became a regular in many of the major live tours and scored numerous big money finishes.

He moved to America from Seoul, South Korea when he was just seven years old. Cheong got his degree in psychology at the University of California, San Diego and then another degree in double concentration, mathematics and economics. However, he never really put his skills and knowledge to seek a job in any of the two fields. Cheong instantly started playing poker professionally.

However, it was nothing compared to what was lying ahead for Cheong in the Main Event. Not only did he made it into the November Nine, he finished the tournament in third place just behind John Racener and the eventual champion Jonathan Duhamel. Cheong collected $4.13 million in prize money.

Cheong has a total of six World Poker Tour cashes. His best result to date is the second place finish at the Doyle Brunson Five Diamond World Poker Classic $1,000 No-Limit Hold'em event which he scored in 2010 taking home $57,000 in prize money.

Joseph Cheong was a Full Tilt Poker sponsored poker pro and a member of Team Full Tilt before the site was seized buy the U.S. Department of Justice in June, 2011.