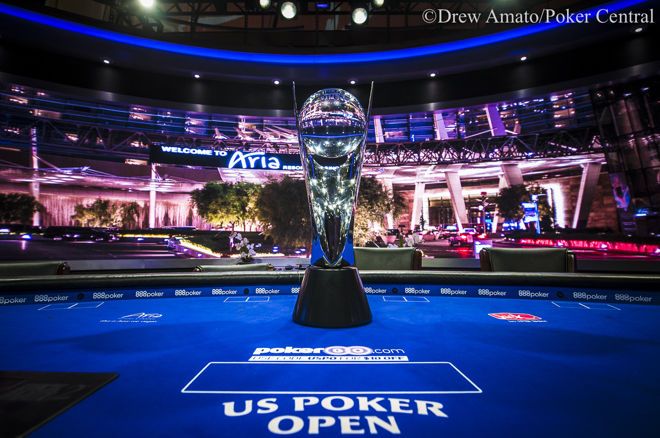 The second annual US Poker Open (USPO) kicks off a 10-event series on Wednesday. Not only will all ten final tables be streamed on a 30-minute delay exclusively on PokerGO from the PokerGO Studio at ARIA Resort & Casino in Las Vegas, both Poker Central and PokerNews will be bringing you live updates from every event for 11 days straight.

The USPO marks the first series in the High Roller Triple Crown, which also consists of the Poker Masters and Super High Roller Bowl. The schedule consists of six no-limit hold’em tournaments, a pair of pot-limit Omaha events, and both Short Deck and 8-Game variants. Tournament fees will be waived for players who register by 2 p.m. local time.

The 2019 USPO champion, determined by the player who accumulates the most High Roller of the Year (HROY) points across all events, will be awarded a $100,000 bonus payday as well as a championship trophy.

This year, the schedule has been expanded to 10 events with the Main Event buy-in being upped to $100K. PokerGO will start their live stream coverage with the Event #1: $10,000 NLH final table on Thursday, February 14.