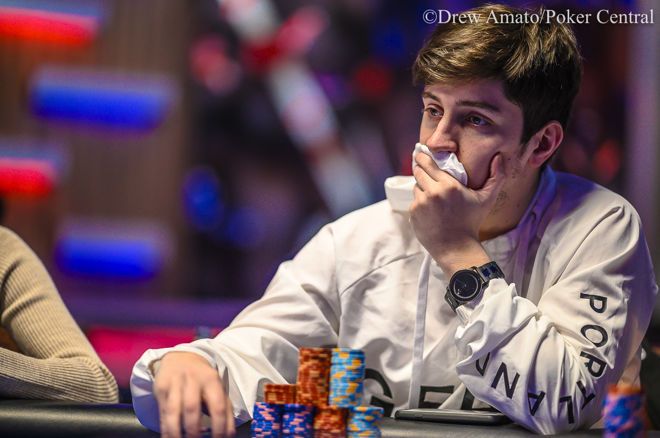 The first day of the biggest buy-in tournament thus far in the 2019 US Poker Open ended with none other than purple jacket winner Ali Imsirovic bagging the biggest stack in Event #5: $25,000 No Limit Hold'em. Imsirovic started the day off slowly, but shortly after the first break started to pick up traction, knocking out Daniel Weinand with jacks, while also taking down a large side pot against Brandon Adams.

In an unlikely twist, it would be Adams that would give Imsirovic his biggest hand of the day, which also happened to be the last hand of the night. It occurred when Adams lost with sevens against Imsirovic's snowmen, catapulting him to 2,505,000 to end the day.

The star-studded final table is highlighted by two high roller specialist in Nick Petrangelo and Cary Katz. Both will be coming into the final day of the tournament with vastly more experience in high-stakes tournament play than their competitors and will be looking to add another cash to their already stacked resumes at the PokerGO studio just outside of the ARIA Resort & Casino.

There was a total of 59 entry slips sold for the tournament, creating a prize pool of 1,475,000. After 16 levels of play, it would be Jake Schindler exiting as the bubble boy, of both the final table and money. Schindler got it in good with ace-queen against ace-ten, but could not compete with the heater Imsirovic was on during the first day of the tournament, losing to a spiked ten on the flop.

The nine remaining all sat down at the unofficial final table and were guaranteed at least a min-cash of $44,250. Three players would take an exit within the next hour, setting stage for the final six to bag up and move on to the final day where they would play down until someone took down the $442,500 first place prize.

A start time of 1 p.m. PST is scheduled for Monday's final table and the remaining six will play until a winner is crowned. The action will be live streamed on PokerGo from the start of the day which will begin at 2 p.m. Remember that you can subscribe to PokerGO for just $10 a month or $99 a year to watch nine straight days of U.S. Poker Open final table action plus PokerGO’s full catalog of programming.

The PokerNews live reporting team will be there to bring you all the Final Table action of this event. Stay tuned for updates on the remaining six events that follow. You can check out the updates via the US Poker Open Live Reporting portal.