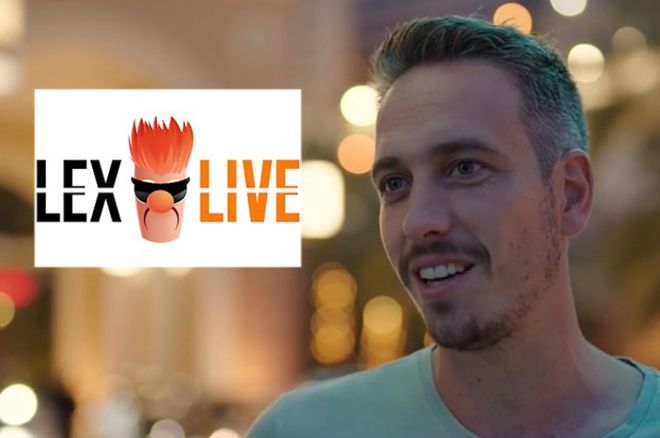 Team PokerStars Pro Lex Veldhuis continues to grow his Twitch channel and his community will soon have the opportunity to take on Veldhuis himself in the live poker arena. The popular Dutchman is about to have his own live poker festival.

The Lex Live Spring Festival takes place at the Grand Casino de Namur in Belgium between Mar. 27-31. It features several events including turbos, hyper turbos, a €550 High Roller, and an eagerly anticipated €225 buy-in Main Event with a €100,000 guarantee.

The Main Event features four starting fights with the fourth and final flight being a turbo blind structure with a 15-minute clock. All other Day 1s have a 30-minute clock, with Day 2 and the final day boasting of 45-minute levels. All events on the Lex Live Spring Festival schedule are played with a Big Blind Ante.

"It's cool to be able to take the next step and strengthen the relationships."

Unsurprisingly, Veldhuis is excited about his inaugural live event. Speaking to the PokerStars Blog, Veldhuis said: “When my community starting growing on Twitch, people started talking about having a meet-up where everyone could meet each other and hang out. It's cool to be able to take the next step and strengthen the relationships."

Veldhuis believes players are going to be surprised at how big the Lex Live Spring Festival is going to be, but he does not believe its popularity will detract away from the community feel of the series.

PokerStars and Veldhuis have created the festival to be fun and have non-poker activities to get involved in, as Veldhuis explained.

“We're going to be playing poker. There are going to be some other activities, too, and we're going to be hanging out at the bar. There will be some cool twists on some tournaments. People will recognize a lot from the stream in it. I just can't wait for it, because I feel like over the past year the stream has grown so much it just deserves some kind of big event as well.”

It isn’t the first time a Team PokerStars Pro has been a key figure in live poker events. Jason Somerville was the man behind the popular Run It Up Reno and Chris Moneymaker recently battled it out in the live arena in the Moneymaker PSPC Tour.

Lead image courtesy of the PokerStars Blog. The Stars Group is a majority shareholder in iBus Media