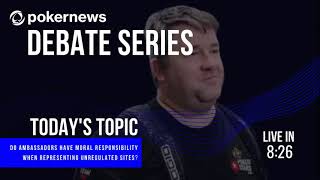 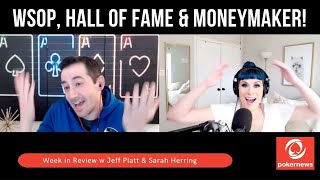 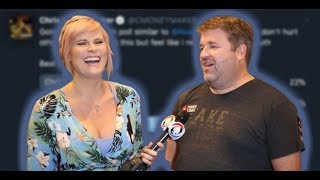 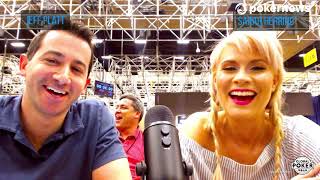 He is best known for causing the poker boom, with the so-called 'Moneymaker Effect' following his 2003 win triggering a sudden growth in interest in poker, and saw the WSOP Main Event grow from 639 players to 8,773 in just three years.

Moneymaker was inducted into Poker Hall of Fame in 2019.

Moneymaker was born in Atlanta, Georgia on November 21, 1975. He attended the University of Tennessee, earning a master's degree in accounting. He was working as an accountant prior to the 2003 World Series of Poker (WSOP).

After earning his seat through an $86 satellite tournament on PokerStars, he travelled to Las Vegas to play in the 2003 World Series of Poker Main Event.

The first few days of the event saw Moneymaker lock horns with some of the best players in the world, including Howard Lederer, Phil Ivey and eventual runner-up Sam Farha.

Moneymaker sensationally bluffed Farha off the winning hand heads-up and went on to win the tournament for $2,500,000.

"I didn't expect it; never in a million years," Moneymaker told PokerNews in 2020. "I honestly thought I would go back to work and play poker here and there but it would be a small part of my life. I was wrong."

Moneymaker's win, coupled with the advent of hole-card cameras and televised poker, helped to create the "poker boom" that occurred from 2003-2006.

Over the next few years, the field size of the WSOP Main Event would grow, helped by semi-professional Greg Raymer winning in 2004, having also qualified online. He defeated a field of 2,576 - an increase of 207% year on year.

However, Moneymaker's story began to inspire millions of players around the world, both online and live, and by the 2006 WSOP the field had reached 8,773, a record that stands till this day.

After his big win, Chris quit his day job as an accountant and began playing tournaments around the world. While doing so, he also started his own company and became a member of Team PokerStars.

A popular face on the poker circuit, he continued to help grow and evolve as the game of poker did. The Moneymaker Tour was one of the initiatives, helping players win Platinum Passes to the PokerStars Players Championship.

In December 2020, he announced that he would be leaving Team PokerStars after 17 years.

Moneymaker was inducted into the Poker Hall of Fame in 2019.

Related: Chris Moneymaker on the Hall of Fame, Being an Ambassador and the State of the Game Today

In 2021, Moneymaker was subject of a PokerNews April Fool's joke, with his real name supposedly Chris Smith.

Courtesy of The Hendon Mob. Last Updated May 2021