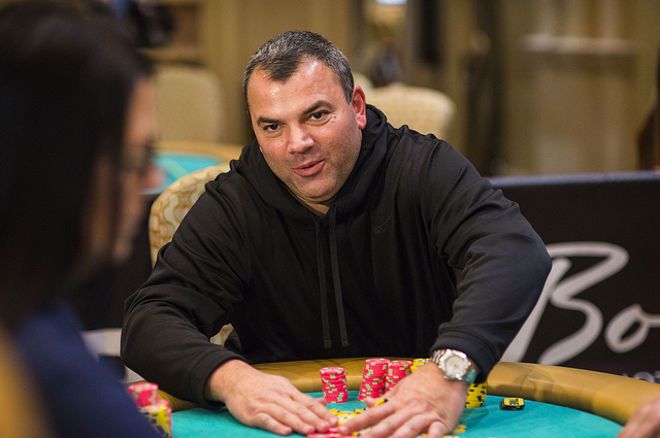 After four days of play in the WPT Borgata Winter Poker Open Main Event, the field of 1,415 has been whittled down to just six and Dave Farah leads the official final table with a whopping 126-big blind stack. It’s the second WPT final table of the year which will play out on March 13 at the HyperX Esports Arena at Luxor in Las Vegas, at which time the winner of the $728,430 top prize will be determined.

Farah, a Fairfield, N.J., resident, enters the final table with just $80K in live earnings to his credit, already guaranteed to at least triple that with this run. He’ll be looking to do much more than that, but has his work cut out for him with the likes of Daniel Buzgon, Ian O’Hara, Brandon Hall and Joseph Di Rosa Rojas to get through.

Hall will start the final table second in chips with 94 big blinds, the only player in the vicinity of the overwhelming chip leader. Buzgon will bring a healthy 61-big blind stack while the bottom three all sit between 20 and 40 bigs.

With 10 players left, Hall picked off Dylan Gang’s five-high missed straight draw river bluff with pocket kings to take a big lead into the unofficial final table of nine, according to the WPT live updates. He continued to do work, eliminating a short-stacked Michael Cannon in ninth ($72,842) when ace-queen failed to improve against pocket tens.

After O’Hara spiked a queen on the turn to double through Steven Sarmiento with ace-queen versus ace-king, he proceeded to send Brandon Shane home in eighth ($92,693) when ace-queen held up versus ace-jack after two aces flopped.

Farah, who had turned up the aggression at the unofficial final table, eventually took the chip lead from Hall in a hand where Farah triple-barreled with ace-ten on a jack-high board and showed the bluff after Hall folded the river.

He continued to chip up from there and on the TV final table bubble, Sarmiento shipped his remaining 15 big blinds on the button with pocket nines and Farah looked him up with ace-ten in the big blind. A clean runout for Sarmiento on the flop and turn was followed by a ten on the river to send him out in seventh for $119,159, solidifying Farah’s lead heading to the March 13 final. The remaining six are guaranteed a minimum payout of $154,734.