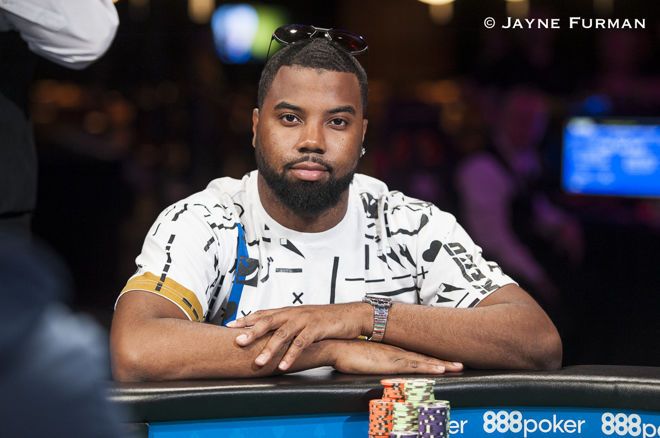 Can you imagine working in a clothing store for not much more than minimum wage and then, 10 years later, having won more than $2 million playing poker?

That’s exactly what 33-year-old Dejuante “DJ” Alexander did. The poker pro grew up in Houston in a single-parent household with one younger sibling. Aside from the clothing store gig, his resumé doesn’t contain any significant work experience.

Learning on the Fly

“I was hanging out with a friend who worked at a clothing store and it was closing time,” Alexander said of his introduction to poker. “The guy that owned the store randomly said to me ‘We're about to go play poker, do you know how to play?’ I had never played before, but said of course I know how to play. So, I went and played and learned on the fly with this group of guys and the rest is history.”

“I thought I knew what I was doing, but I had no clue."

Two years later, Alexander found himself at the World Series of Poker. To this day, his favorite poker memory occurred on his first trip to the WSOP.

“In my first WSOP event, I ended up finishing 11th or 12th,” he recalled. “I thought I knew what I was doing, but I had no clue. I think this may have been in 2010 - less than two years from my first introduction to poker.”

Alexander now grinds full time, spending about 75 percent of his play on playing cash in both home games and casinos and the rest of the time traveling for tournaments. Since May 2010, he’s racked up nearly $2.25 million on the tournament circuit.

“Poker is booming here and Houston,” he said of the recent uptick in Texas cardrooms. “Somehow these large poker clubs have found a loophole in the law and that brought on a poker boom. I ask myself all the time, why do I ever leave to play poker elsewhere.”

Even so, Alexander recently decided to join up with Chip Leader Coaching (CLC) to try and refine his game.

“I decided to join because I felt as though my current play was somewhat stagnant,” he admitted. “Even though I had been fairly successful, I knew I could and wanted to become much better. I've had mixed feelings about it thus far, but I think it's a great group of people who work hard at providing content and really good coaching along with camaraderie.”

“Even though I had been fairly successful, I knew I could and wanted to become much better."

For Alexander, the time he spends studying is an investment, one he expects to pay off in the years to come.

“I envision being in poker for the foreseeable future, as long as I deem myself profitable,” Alexander concluded. “I already dabble in quite a few ventures and plan on more, but I like to think that I'll always play poker.”