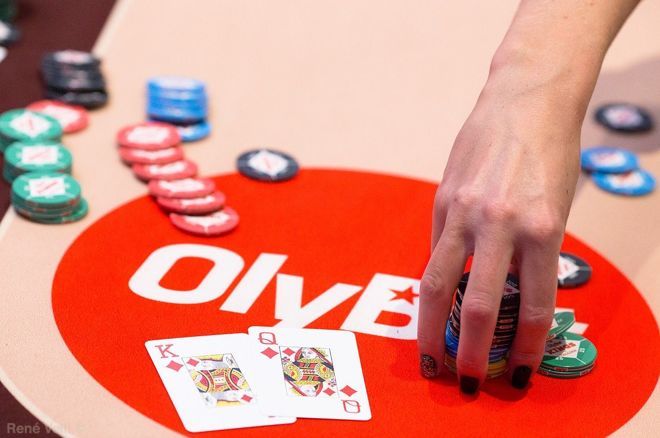 The OlyBet Kings of Tallinn is back for the fifth straight year at the luxurious Hilton Tallinn Park and Olympic Park Casino for 40 action-packed tournaments across seven days from Feb. 18-24.

The Kings of Tallinn was created in 2015 after the famous tournament director Teresa Nousiainen was approached by Olympic Casino with the idea of creating a poker festival together. Not too much later, Kings of Tallinn was co-founded by Nousianen and Olympic Park Casino Deputy Manager at Olympic Casino Eesti Risto Suurpold and quickly grew to the largest poker festival in Northern Europe.

Nousiainen is proud of the festival's success and its ability to attract players throughout Europe, especially from the Nordic and Baltic countries.

"The last Kings of Tallinn attracted approximately 1,000 unique players and we sold approximately 3,500 tournament tickets!" Nousiainen mentioned to PokerNews. "We are the biggest poker week up north."

The demand for this year's festival has been huge as expected.

"We are selling out on rooms at the beautiful Hilton Tallinn as we speak," said Nousiainen. "If anyone wants to stay at the Hilton, they better hurry up with reservations!"

The highlight of the festival is the €1,100 Kings of Tallinn Main Event from Feb. 21-24. For the second straight year, the PokerNews Live Reporting Team will be on hand to report all of the Main Event action along with exclusive interviews and live videos.

Helppi will be back in the field this year to defend his title.

"The Kings of Tallinn is in my calendar every year and of course I am coming and defending my trophy!" said Helppi.

The tournament is a deep-stacked affair with players starting with 30,000 in chips and blinds increasing every hour from the beginning to the end. The event features a single opening day with players provided plenty of chances to build a big stack with unlimited re-entry permitted until the conclusion of the first blind level on Day 2.

The final two days will be live streamed with hole-cards exposed on a short-delay.

In addition to the Main Event, each day during the festival features many side events in a variety of poker variants including no-limit hold'em, pot-limit Omaha, pot-limit Omaha h/l, pineapple open-face Chinese, Sviten Special, crazy pineapple and Archie.

Events buy-ins are as high as the €3,000 Kings of Tallinn Highroller on Feb. 23-24 with plenty of smaller buy-in events including freebuys on every day of schedule.

The tournaments all take advantage of current TDA rules and the all of the hold'em tournaments utilize the popular big blind ante structure.

In addition, the schedule features many satellites where players can enter their target event for a fraction of the cost and cash games will be running 24 hours a day across a variety of poker variants throughout the entire festival. Head to the Kings of Tallinn website to check out the full schedule of events.

The Kings of Tallinn also hosts a Team Challenge funded by two percent of the buy-ins from every regular tournament with at least 25 unique players. Players form teams of four people can earn points by cashing in events.

A total of 75 percent of the Team Challenge pool is awarded to the top team while the remaining 25 percent is awarded to the runner-up team. All the players on the winning team will also walk away with a 2019 Battle of Malta Main Event seat valued at €550.

In addition to the many live satellites, players can also qualify online at Olybet Poker. The online poker room is part of the Microgaming Poker Network.

OlyBet Poker players can also use their online balances to purchase directly into events of their choice up to four hours before the start of any event.

In addition, the online poker room is hosting a freeroll on Saturday, Feb. 16 where first place will be awarded a Main Event seat and seven other players will each receive a €110 online ticket to Sunday's High Roller final satellite.

If you don't already have an account at OlyBet Poker we have great news for you. Sign up to OlyBet Poker to help yourself to an amazing welcome package which includes a 100 percent deposit bonus up to €500.