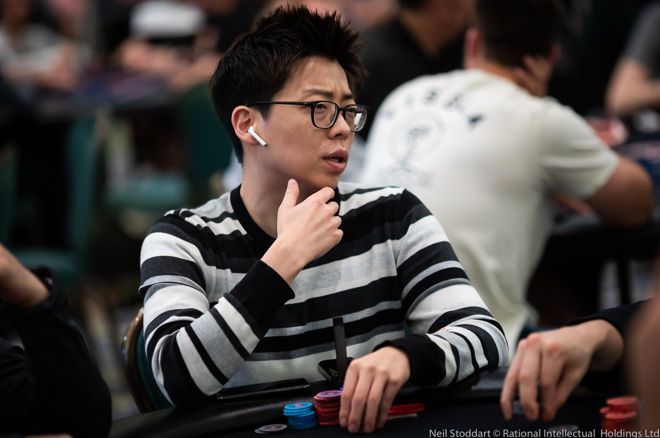 Las Vegas poker has been on fire for the past few weeks with tournament series going down at numerous venues throughout town, including a WSOP Circuit stop at Rio and a Venetian series.

The Wynn Classic was also among the events taking place, and it just wrapped up on Monday with the end of the $1,600 Main Event, which carried a $1 million guarantee. Several notable players were among the big winners from the series, which PokerNews will briefly run down with some results here.

The $1,600 Main Event met its $1 million guarantee easily, drawing 982 entries for a prize pool of $1,428,810. There would be 107 spots paid, with Jamie Kerstetter, Jon Turner, Anthony Zinno, Ben Yu, and Andrew Lichtenberger among those making the money.

Ryan Laplante, Eddie Blumenthal and recent US Poker Open final tablist Ralph Wong were among the notables making the final table. Laplante would go bust in seventh for $35,292 while Wong would ladder to fifth for $56,295.

In the end, it would come down to Blumenthal, Terry Fleischer and Mark Ioli. The three came to an agreement on a deal that saw Blumenthal and Ioli take about $160,000 apiece while Fleischer was named champion for the trophy and $184,376.

It's the biggest cash for Fleischer, a Vegas regular who has racked up over $1.8 million in live cashes and won a different Wynn Classic Main Event back in 2014 as well.

Another big event on the schedule was the $3,200 High Roller which naturally attracted a smaller, tougher field than the Main as 113 entries turned out for a prize pool of $332,220, considerably over the $200,000 guarantee.

Once again, it appears that the final three cut a deal. This time, Joseph Cheong, Justin Young and Brent Roberts would split up the remaining monies, with Cheong taking top honors by less than $1,000 over Young. The well-traveled pro grabbed his first Wynn trophy.

The Wynn Classic also awarded trophies in a slew of other side events, and a couple of notable pros managed to ship some decent prize money in those as well.

Elsewhere, Matt Affleck and Spencer Champlin reached heads-up play in the $600 No-Limit Hold'em with multiple starting days and a $200,000 guarantee — which was just surpassed with $228,115 in the pool. Affleck and Champlin opted to chop, with Affleck scooping $42,476 and Champlin $39,518.