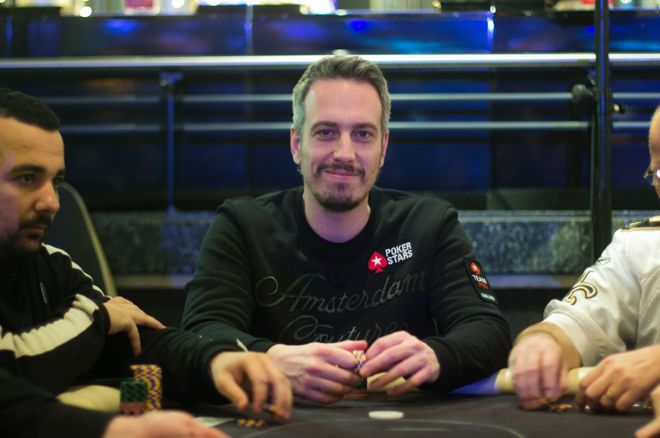 PokerNews is delighted to inform you our live reporting team is heading to the Grand Casino de Namur in Belgium to bring you all the action from the inaugural Lex Live Sping Festival Main Event.

Veldhuis has worked tirelessly to increase his presence on the streaming channel Twitch and has seen his community grow exponentially over the past few years.

“When my community starting growing on Twitch, people started talking about having a meet-up where everyone could meet each other and hang out," explained Veldhuis. "It's cool to be able to take the next step and strengthen the relationships.”

While the tournament will have plenty of fierce competition for big bucks, Veldhuis sees his Main Event as a way to interact and have fun with his ever-growing community.

"There are so many different kinds of people from all walks of life in the channel," he explained. "There are people who come home from work and always watch for an hour, and others who always watch on their lunch break. There are those who have it on in the background while they are working at home, people day trading and doing other things online. It's a very relaxed, fun environment with little to no toxicity, so people are very comfortable chatting and it's a great community."

Community members have stepped up to support one another during difficult times as well as to celebrate each other's successes. "People really develop relationships," said Veldhuis. "I feel like we're ready to take the next step with the community, and having a live event is a good next step."

The €3.30 satellites award €22 ticket to the Lex Live (Belgium) MEGA Satellite on 5:15 p.m. CET on March 17 that has five packages, worth €1,100 each, guaranteed. The package grants its winner the €225 Main Event buy-in and five nights’ hotel accommodation with the remaining money given for expenses.