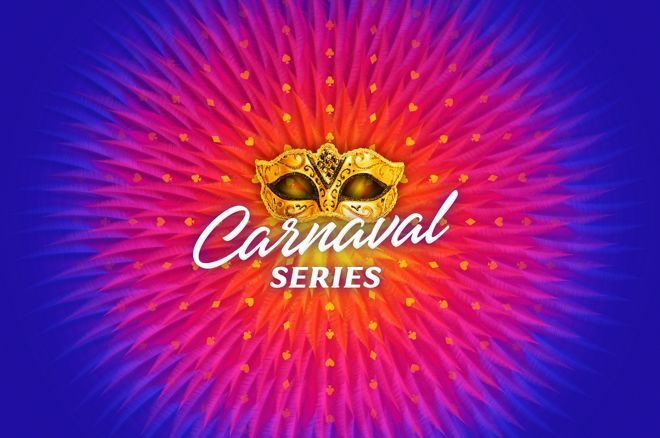 The recently completed PokerStars Carnaval Series saw thousands of players from France, Portugal and Spain head to the shared liquidity tables and smash the advertised €10 million worth of combined guaranteed prize pools.

More than 34,500 players competed in the Carnival Series that ran from Feb. 3-18 at PokerStars. The total prize money awarded stood at an impressive €11,233,484 by the time the 166th event had crowned its champion. This impressive sum took the total tournament prize money awarded to PokerStars players since the launch of the shared player pool in Jan. 2018 to more than €75 million.

PokerStars broke its own record for the biggest-ever €30 buy-in tournament, in terms of attendance, in Southern Europe, when 3,760-entries were processed. Another huge event was the Sunday Warm-Up, a €50 buy-in event that guaranteed €225,000. More than 5,000-entries were processed by the time late registration ended and it was Spain’s “Vasudeva27” who was the last player standing, a result worth €30,000.

The crown jewel of the Carnaval Series was the €250 buy-in Main Event that boasted of a €1 million guaranteed prize pool. It was a tournament that attracted a field of 3,905 of France and Spain’s finest online poker tournament players and they were all outlasted by “MEGACHIPLEADER1” who turned their initial investment into €123,376.

Severin Rasset, the Director of Poker Innovation and Operations at The Stars Group, was delighted at the ongoing and Carnaval Series success on the shared player pool sites.

“To hit €75 million awarded in all of our shared liquidity series is an amazing achievement and we’d like to thank all the players in Southern Europe who have joined us at the felt over the past 13 months. Our Southern European series have been really well received and it’s great to see Carnaval carrying on this trend.”

More on the Horizon for Southern European Players

Players who have access to the PokerStars Europe site have even more chances of winning huge prizes this month because the eagerly anticipated Spring Championship Of Online Poker (SCOOP) returns, bringing with it another €10 million in guaranteed prize pools.