Game On: Guide to a Trio of WPT Final Tables at HyperX Esports Arena 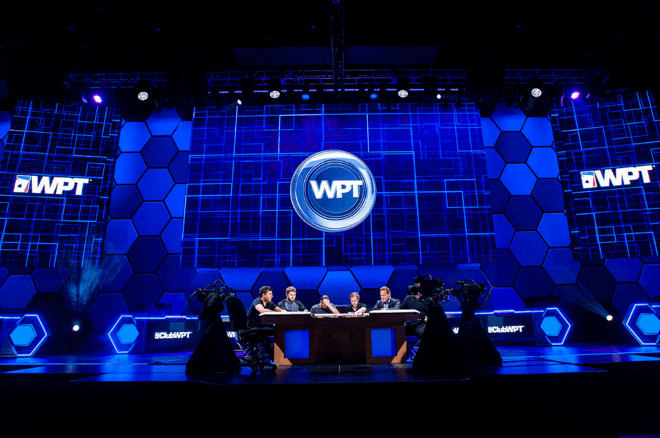 Today at the Luxor Hotel & Casino in Las Vegas, a trio of World Poker Tour (WPT) final tables to be played over the next three days kick off inside HyperX Esports Arena.

PokerNews will be on hand to offer features and recaps from each event, and you can also watch the live streams on PokerGO. In addition, you can follow live updates on worldpokertour.com.

Here’s a look at the three filmed-for-television WPT Season XVII events that will play to a winner in the coming days.

The headliner in this event is Darren Elias, who is going for a mind-blowing fifth WPT title. A win would not only solidify Elias as the top player in WPT history, but it would also secure him the biggest cash in a career that's seen him rake in north of $6.6 million in live tournaments.

Up top is a $1.015 million prize, which includes a $15,000 seat into the season-ending Baccarat Crystal WPT Tournament of Champions.

Here’s a look at the final table lineup:

Additionally, here are the payouts awaiting the six players:

Frank Stepuchin is way out in front with a more than 2-1 chip lead over his next closest competition. However, his path to victory won’t be easy as he’ll have to contend with the likes of Shannon Shorr, Steve Sung, Brent Roberts, and the short-stacked Ray Qartomy and Jonathan Abdellatif.

Here's a look at how things stack up:

Additionally, here are the payouts awaiting the six players:

After four days of play last month in the WPT Borgata Winter Poker Open Main Event, the field of 1,415 was whittled down to just six with Dave Farah leading the official final table with a whopping 126-big blind stack.

Farah, a Fairfield, N.J., resident, enters the final table with just $80K in live earnings to his credit, already guaranteed to at least triple that with this run. He’ll be looking to do much more than that, but has his work cut out for him with the likes of Daniel Buzgon, Ian O’Hara, Brandon Hall and Joseph Di Rosa Rojas to get through. Whoever wins will walk away with $728,430.

Hall will start the final table second in chips with 94 big blinds, the only player in the vicinity of the overwhelming chip leader. Buzgon will bring a healthy 61-big blind stack while the bottom three all sit between 20 and 40 bigs.

Here are the payouts awaiting the six players: