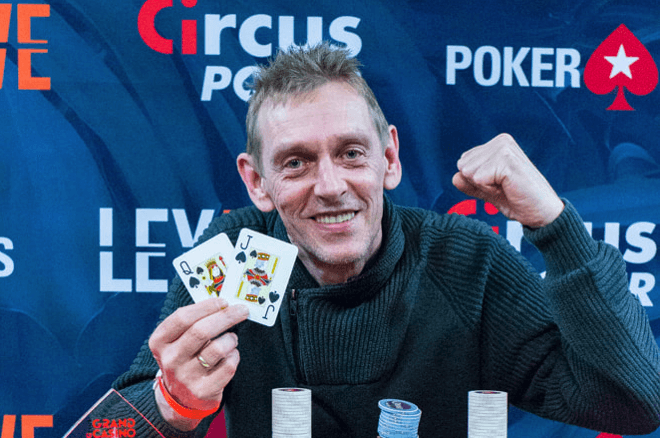 Dutchman Danny de Vos has taken down the inaugural Lex Live €225 Main Event at the 2019 Lex Live Namur after a five-way deal. De Vos was the tournament chip leader when the deal was made, with no money left to play for. The Dutch player won the first place prize of €29,300 after the deal. Abdelkrim Chenoufi took second place for €19,500.

De Vos told PokerNews he is a regular stream watcher and that he already knew the name Lex Veldhuis way before the event. ''I'm really happy with my performance. I came close a lot of the times so it's great to finally close one out. I've been fixing some things in my personal life and it's apparently helping a lot!''

The day started at 3:30 p.m. local time with 46 players remaining out of the 1,064 that started the tournament. They were all eyeing the original top prize of €37,105. In a fast-paced affair, about one-third of the remaining field busted out within the first hour. After the flurry of eliminations, the tournament started slowing down and the final table was eventually reached around 11 p.m.

Some of the players that didn't make it to the final table included notable community member Timoslav 'JustX' Savov. He busted within the first five minutes of the day in 45th place and cashed for €708. The Bulgarian player bubbled a satellite for this event on PokerStars but decided to come down to Namur anyway. 'JustX' achieved the deepest run out of all the community members that played in the Main Event.

Others that didn't make it to the final table include Day 1B chip leader Soufiane Gherbi (43rd - €708), Elsa Bargiarelli (31st - €914), and Igor Picone (26th - €1,060). The last player to exit the tournament before they reached the unofficial final table was Day 2 chip leader Mohamed Adansar. He busted out of the tournament with pocket kings against pocket deuces when a deuce hit the flop.

Noel Gaens and Gabriel-Mihai Radu were the first two to bust out of the final table. After Oualid (7th - €5,206), and Pit Federspiel (6th - €7,250) busted in back to back hands, the remaining five players they started to discuss a deal. Initially, one of the players didn't agree on the deal and play continued, but within the next hour, a deal was struck and the tournament ended on the spot.

That concludes all the action from Casino de Namur, where the inaugural Lex Live event was deemed a massive success with over a 1,000 entries in the Main Event alone. Given the tour's success and the positive response from the community, more Lex Live events can be expected in the future. Relive all the action in the PokerNews Live Reporting section.