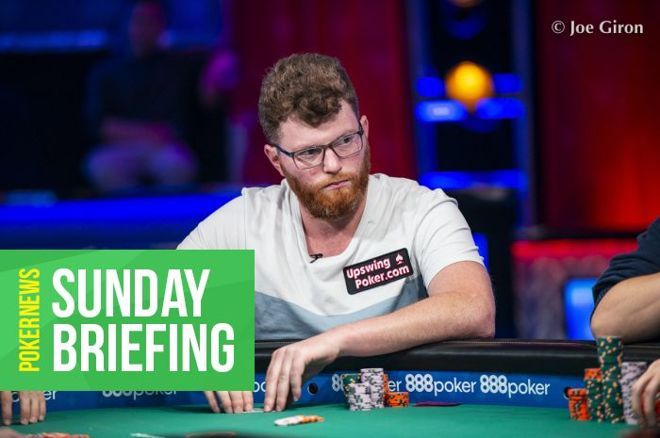 Nick Petrangelo and Thomas Muehloecker were among the big winners this weekend after taking down high buy-in tournaments at PokerStars. Petrangelo’s was the largest prize of the two as it weighed in at $38,381.

Nick “caecilius” Petrangelo emerged victorious from the $2,100 Sunday High Roller at PokerStars to collect $38,381. Pretrangelo has been in Las Vegas for the 2019 World Series of Poker (WSOP) but has only cashed once. That cash, however, was worth a cool $335,181, his reward for a fifth-place finish in the $50,000 High Roller.

Petrangelo found himself heads-up against Cyprus’ “MITS 304” and it was a one-on-one battle he came out of unscathed, resigning the runner-up to a $30,105 consolation prize.

The final table was a star-studded affair. Ninth place went to Alexandro “mexican222” Kolonias before Brazil’s Lincon “Lincownz” de Olivieira with Arturs “ARTSchGamble” Scerbaks of Germany falling in seventh place for $8,939, the last player not to bank five figures.

“Sinortas” busted in sixth place for $11,396 and was joined on the rail by Jens “Graftekkel” Arends, David “MoneyBausss” Laka, and then by Finland’s “elmerixx” who was the penultimate bust out.

Thomas “WushuTM” Muehloecker has been one of the notable absentees at the 2019 WSOP, preferring to grind online instead. His decision to stay at home resulted in a $19,837 prize on Jun. 23 after he topped a field of 187 entries in the $530 Sunday 500.

After Belarusian legend “Leqenden” fell in ninth-place a trio of Dutch stars hit the rail. Jens “Graftekkel” Arends, Rens “Rens02” Feenstra, and “Pimmss” all busted and walked away with prizes of $3,089, $4,030 and $5,256 respectively.

Lincon “Lincownz” de Oliveira saw another final table appearance fall short of victory, his fifth-place finish seeing him turn his $530 into $6,855. The Brazilian gained some company on the sidelines when Dominik “Bounatirou” Nitsche busted in fourth place for $8,941 with Poland’s “Sphinx87” running out of steam in third place for $11,661.

Heads up saw Muehloecker and Sebastian “p0cket00” Sikorski fight it out of the title and the lion’s share of the prize pool. Muehloecker came out on top to bank the $19,837 first place prize with Canada’s Sikorski walking away with $15,210.

The biggest winner at partypoker on Jun. 23 was “nick_Illuslon” who triumphed in the Sunday High Roller Gladiator, a $150,000 guaranteed PKO event that cost $2,100 to enter.

With bounties included, the champion walked away with a cool $37,312 after defeating “hypnosis” heads-up. Thanks to an aggressive style of play that resulted in plenty of eliminations, the runner-up still collected $26,796 helped by $9,876 from the bounty prize pool; only the champion claimed more bounties.

Another player who benefited from the PKO structure was seventh-place finisher “SovseFlemming” who won a total of $8,716, almost as much as eighth and sixth place combined.

“NBdown” got their hands on the biggest prize from the main prize and the most bounties. First place was worth $10,901 which was boosted by $14,280 from the bounty prize pool, an impressive sum helped by sending “Orgrim” to the rail in second place. In PKO tournaments, the champion walks away with a big bounty payment thanks to collecting the prize on their own head too.

Shout outs also to those who navigated their way to the eight-handed final table. They were “N0GUTSNOGloryA”, “RhoNin”, “HCG1992”, “BRAER_71RUS”, and “PhatToad”.

Taking full advantage of this was “ContaSagrada” who came out on top to bank the $20,450 first place prize, defeating Lithuania’s “Acestain” heads-up along the way. The Lithuanian runner-up consoled themselves with a $15,000 addition to their bankroll.

Each of the nine players who reached the final table won at least $1,900 for their efforts with “StorValle” of Sweden collecting that sum. Another Swede in “Mr_Coyote” finished in eighth place for $2,500 while “SpiderMonk03” from Canada returned home with $3,500.

888poker sponsored pro Dominik “888Dominik” Nitsche came agonizingly close to taking down the $20,000 Sunday Whale, falling at the final hurdle and having to make do with the runner-up prize of $5,875.

Only six spots were paid in this event as 47 players took to the tables. “Mr_Coyote”, who reached the final table of the $100,000 Sunday Mega Deep too, fell in sixth place for $1,292 with “wellyxx” of Finland and “Fukuruku” of Ukraine being the next casualties.

Online poker veteran Michael “wywrotx” Wywrot was the third-place finisher for $3,525 before Nitsche lost a heads up battle against Canada’s “zoobanana” to leave the winner to pad their bankroll with $8,695.