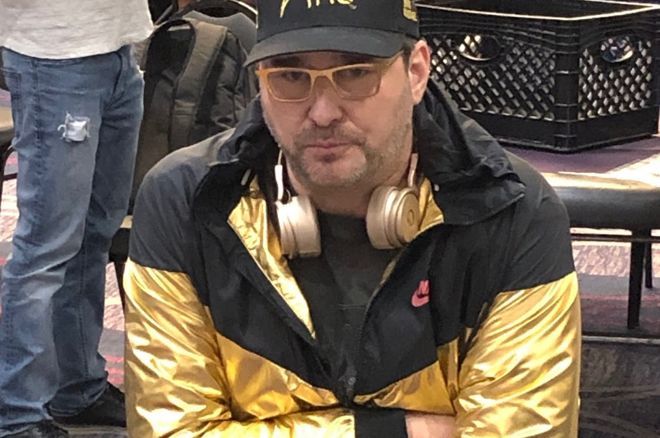 The Bicycle Mega Millions series in Los Angeles gives the everyday poker player a chance to turn a small investment into a big payout, but one of poker's biggest superstars crashed the party in the Mega Millions XXI final table.

Phil Hellmuth advanced to the final table in the field of thousands of players, many of whom fired into one of many Day 1s and some of whom bought into Day 2 directly for $3,700. With five players remaining, the 15-time bracelet winner and his four competitors agreed to a deal that saw everyone lock up north of $90,000.

After two more eliminations, one of which was Hellmuth, the last three players made another deal that saw Triet Nguyen named champion. He collected $167,549, which includes a $5,000 seat to the WPT Legends of Poker Main Event.

The numbers appear to have not been tallied yet, but enough entries were logged for the prize pool to clear $1.6 million, well past the $1 million guarantee.

Hellmuth was one of those who opted to buy directly into Day 2. According to the live updates, he advanced to Day 3 and then managed to make it to the final table and the final day despite running afoul of some beats courtesy of Jesse Yaginuma.

Hellmuth had one of the shorter stacks while Nguyen and Jose Mendoza paced the field.

The final table began slowly, but eventually Alex Tran got things moving with a couple of knockouts. First, he busted Pogos Simityan in a flip, then he went runner-runner to make a flush and knock out Eric Wu, who couldn't find a fold with top pair.

Tran, however, got coolered by Nguyen when both flopped trip queens. Tran's ace kicker was best but Nguyen filled up when he paired his nine kicker on the turn. He checked the river and called a shove from Tran, rocketing into the chip lead with more than 50 big blinds.

At that point, the players made a deal that left $60,000 on the table along with the $5,000 WPT seat. Hellmuth would bust in short order running ace-queen into ace-king, and fellow short stack Vuong Do followed him in fourth. Each banked over $90,000.

The remaining three players then paused the clock again and made another deal. Nguyen, Mendoza and Joo Park each got his share of the $60,000 and Nguyen gave up an extra $1,000 to each of his opponents to factor in the WPT seat.

That left Nguyen onto the weekend's WPT action, while the others will have to buy their ways in. Each being around $140,000 richer, they'll certainly have that option should they choose to fire.

Photo courtesy of The Bicycle

Matt Savage's New 'Abyss' Tournament Aims to Be Deepest Ever