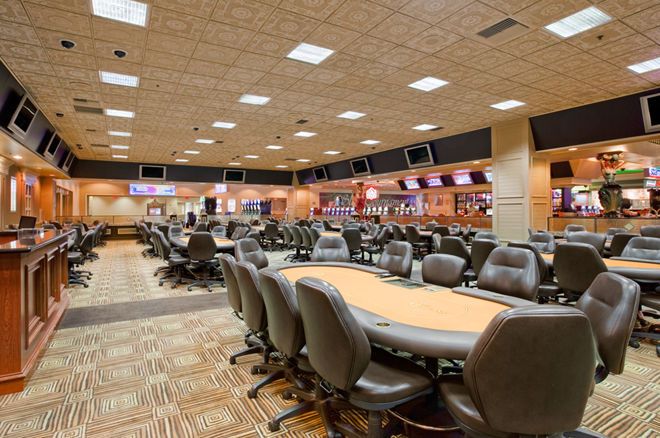 It may not be the first place most players have come to mind when thinking about poker in Las Vegas, but The Orleans fills a unique niche in the market and has garnered a loyal following from mixed-game players. The guarantees might not match those at Wynn or Venetian, but The Orleans has a different sort of draw.

The Orleans 2019 Summer Poker Series schedule reflects that, replete with non-hold'em events on a daily basis to satisfy the needs of players looking to peek at more than two cards at a time. Tournaments will run starting May 28 and finish July 7.

In addition to its unique schedule, The Orleans offers summer grinders one of the best promotions in the city, with a leaderboard on which they can accrue points for cash prizes.

Most days throughout the summer, The Orleans features a pair of one-day tournaments, starting at 11 a.m. and 6 p.m. Typically, the earlier event will sport a larger guarantee and in many cases is a no-limit tournament, while a rotating mixed-game or non-hold'em event will occupy the 6 p.m. slot.

The biggest guarantees on tap come in the championship events, with the No-Limit Championship the heftiest of those at $200,000. The non-hold'em championships boast $50,000 guarantees. All sport a $400 buy-in, making The Orleans a very attractive spot for low-limit grinders.

Ladies and seniors are also catered to with special tournaments co-promoted by Ladies International Poker Series and Senior Poker Tour, respectively. Along with the No-Limit Hold'em Championship, these are the only multi-day events on the schedule.

Every month for the past several years, The Orleans has run a promotion that serves as a sort of loyalty program for the players who grind their monthly tournament schedule.

Players essentially accrue points based on how much money they cash for, and the top points earners win extra dough when everything gets tallied up at the end. According to an employee in the room with whom PokerNews spoke, there's usually seven to 10 players earning money, depending on how well-attended the tournaments were.

Luckily for those who are attracted to Orleans' summer schedule, a form of that promotion will carry over into the Summer Poker Series. According to a banner on the official schedule, a $10,000 pool will be available with a $5,000 top prize for the most points earned over the course of the series.

PokerNews has reached out to The Orleans for a detailed breakdown of points earning and payouts, and this article will be updated when such information is obtained.

Photo courtesy of The Orleans