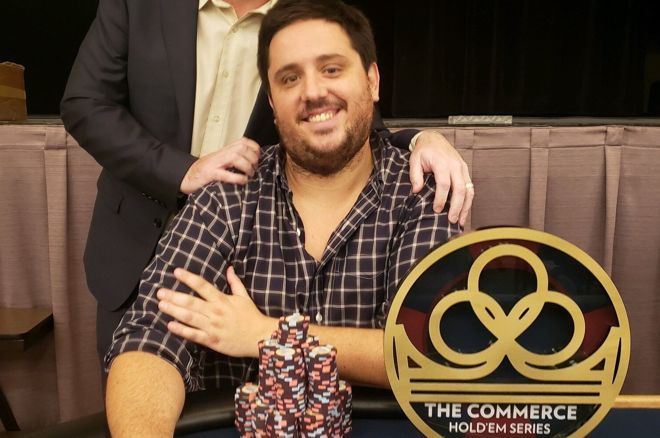 Once a regular on the American live circuit, Tuthill has not added much to his $1.6 million in live cashes over the past few years. This is Tuthill's first cash over $100,000 since January 2015. That same year was his last big one in live poker, ending a string of three straight with over $266K in cashes before Tuthill began devoting less time to grinding live tournaments.

The tournament carried a hefty $1 million guarantee that it just managed to inch past with 1,061 entries. Some of the players who made Day 2 but fell short of the final table included Matt Salsberg, Mike Shariati, Eddy Sabat, and Peter Neff.

Jared Griener made another deep run in L.A. after finishing third at WPT Legends of Poker but he'd just miss the final table with a 12th-place finish for $14K.

According to the Commerce Blog, Tuthill had one of the bigger stacks heading into Day 2, which saw just over 80 players start play. He was able to continue rolling en route to the final table, where he had a sizable chip lead.

Although hand histories were not available, Tuthill looked to have maintained his advantage and then some as the field was whittled to five. At that point, Tuthill had a whopping 22 million at 100,000/200,000/200,000 when the next biggest stack was 2.8 million.

When Rick Alvarado busted in fifth, the last four players came to an agreement on a deal. Due to Tuthill's monstrous chip lead, he was able to lock up $150K and the LAPC seat after the original payout called for the winner to get $175K and the seat.

Get up to €500 in Extra Bonuses at ZetCasino