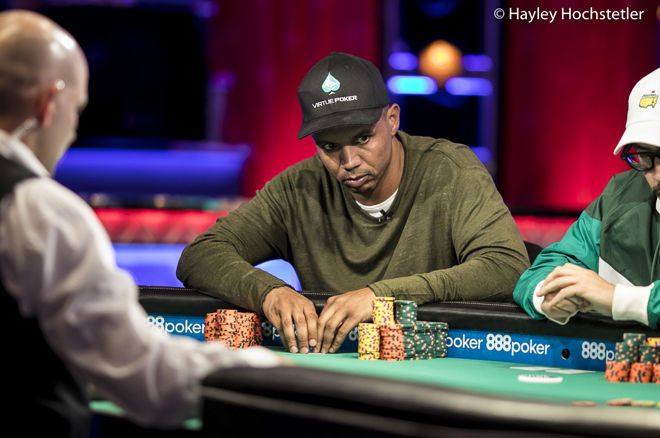 Phil Ivey’s legal battle with the Borgata Hotel Casino & Spa over a late 2016 ruling that favored the casino to the tune of $10.13 million continues as his appeal moves forward in the New Jersey appellate court, FlushDraw reported over the weekend.

Following the oral arguments hearing held earlier this month, the appellate judges of the US Third Circuit Court of Appeals requested further information from both sides of the case regarding legal precedent surrounding the application of the New Jersey Revised Statutes (N.J.S.A) Title 5 – Amusements, Public Exhibitions and Meetings, Section 5:12-115(a).

This latest development follows on from last week’s report that the court was apparently disappointed by the lack of response by the New Jersey Division of Gaming Enforcement and Casino Control Commission. The court had invited both organizations to submit briefs to help elucidate some legal precedence in regards to the jurisdiction under which the edge-sorting dispute lands, but neither provided anything of consequence.

Drawing on the Gambling Statute

The statute that the court was interested in hearing about reads as follows, as listed at law.justia.com:

115. Cheating Games and Devices in a Licensed Casino; Penalty.
a. It shall be unlawful:

(1) Knowingly to conduct, carry on, operate, deal or allow to be conducted, carried on, operated or dealt any cheating or thieving game or device; or

(2) Knowingly to deal, conduct, carry on, operate or expose for play any game or games played with cards, dice or any mechanical device, or any combination of games or devices, which have in any manner been marked or tampered with, or placed in a condition, or operated in a manner, the result of which tends to deceive the public or tends to alter the normal random selection of characteristics or the normal chance of the game which could determine or alter the result of the game.

For the Borgata side of the counsel, Jonathan Massey responded, citing the above section (2) of the statute. He emphasized the manipulation of the cards involved during the baccarat sessions in question, which altered “the normal chance of the game.”

As for previous cases where this was applied, Massey pointed to 2014 New Jersey case Houck v. Ferrari where the court cited the same statute in a ruling against casino players who used “hole-carding” in blackjack. Hole-carding involves extensive efforts on players’ behalf to look at the dealer’s down card, adjusting bets depending on the critical card’s value.

Massey reported that the court in that case determined that “hole carding ‘can certainly constitute a ‘scheme’ in Section 113 and an alteration of ‘the normal random selection of characteristics or the normal chance of the game,’” FlushDraw reported.

In his brief the following day, Ivey’s attorney Louis M. Barbone did not present any additional cases involving the code in question, but he did draw on another case to argue their side. Barbone contended that the suit Doug Grant, Inc. v. Greate Bay Casino Corp. “was dismissed for reasons that Barbone asserts should’ve invalidated the reasoning used by the initial judge, Noel L. Hillman, in the late 2016 Ivey-Borgata ruling,” according to FlushDraw.

Barbone noted that Judge Hillman cited the N.J.S.A. code calling Ivey and his partner “Kelly” Cheung Yin Sun’s operation “a scheme” which involved “an alteration of the normal random selection of characteristics or the normal chance of the game.”

Barbone then pointed to the role of Borgata’s employees who effectively complied with the players’ requests regarding turning and arranging of certain cards. In Barbone’s estimation, the Borgata thus is partially responsible for the multi-million baccarat win in question, as their staff were complicit in the alteration of the odds in Ivey and Sun’s favor.

He tied that line of reasoning back to the Doug Grant ruling, saying: “As recognized in Doug Grant, where the rules of the game are being followed, the normal chance and randomness of the game cannot be manipulated.”

According to Barbone, Ivey and Sun played the game within the rules of the casino, with any manipulation of the odds ultimately being conducted by Borgata staff rather than the patrons themselves.

The appellate judges noted Borgata’s employees’ role in the operation, according to the report from the hearing.

FlushDraw points out that in the 2016, Judge Hillman opined that the players’ requests had “an odds-shifting intent” that in effect changed the game into one outside of the games which fall under New Jersey gambling law. This led to the ruling that the game in question be unwound, with Ivey and the Borgata reverting to their state prior to the gambling session with the money won returned to the Borgata.

It is up to the appellate panel to decide whether Barbone’s arguments can succeed in overturning the original ruling by Judge Hillman. Keep following PokerNews for more updates as the appeal plays out.

Mahjong Exchange: the Only Online Mahjong Game that Matters