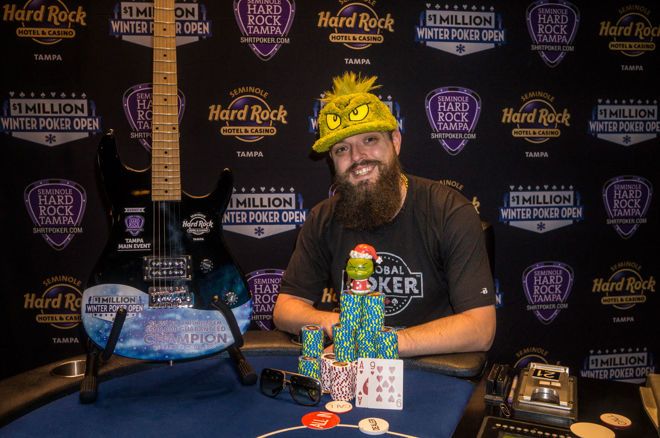 The nearly two-week-long 2019 Winter Poker Open wrapped up Monday at the Seminole Hard Rock Tampa Bay with the conclusion of the $1,650 Main Event, a tournament that drew 479 entries over three starting flights and surpassed its $500K guarantee by generating a $718,500 prize pool.

Coming out on top of that event was David Moses of Greenville, South Carolina, who captured a $149,595 first-place prize after defeating poker pro Justin Zaki in heads-up play.

It was the third Florida title for Moses in 2019. Back in February, he won Event #12: $400 NLH Turbo at the World Series of Poker Circuit Seminole Coconut Creek for $10,591, and in May followed it up by taking down the CardPlayer Poker Tour VII bestbet Jacksonville Event #9: $350 NLH Bounty for $2,160.

“I’m leaning call,” Zaki said as he hit the tank. Eventually, he did call off his stack holding ace-eight only to see he was pipped by Moses, who held ace-nine. The board ran out ten-high meaning the kicker came into play and Zaki had to settle for second place and a $104,750 consolation prize.

Here’s a look at all those who captured titles during the 2019 Winter Poker Open at Seminole Hard Rock Tampa:

Your Chance To Win a VIP Trip to Las Vegas: Don’t Miss it!