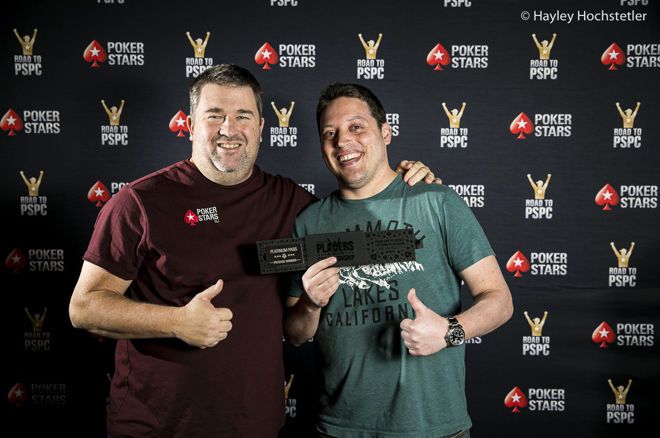 The Moneymaker's Road to PSPC 2020 - Seminole Hard Rock $360 Main Event attracted a total of 464 entries between a pair of Day 1a and 1b flights held simultaneously at the Hard Rock Hollywood and Seminole Casino Coconut Creek properties.

The final four wound up striking a deal that saw Baumstein, the chip leader at the time, lock up $22,311 in prize money. It wasn’t exactly a huge score for the man with more than $3.7 million in lifetime earnings, but the real kicker was the coveted Platinum Pass, valued at $30,000.

“It feels really cool to sort of bookend my year with big scores related to the PSPC."

He’ll be looking to use that pass to improve upon his fourth-place finish in the inaugural PSPC, which resulted in a career-best $1,657,000 score.

“It feels great, it feels really cool to sort of bookend my year with big scores related to the PSPC,” Baumstein said after the victory. "It started in January with fourth place in the Main Event there and I get to finish my year by winning a seat for next year.”

He continued: “[The PSPC] became a great series last year, and now it’s in Barcelona which is already probably the best series in the world, to be honest. So that will only be better.”

Mark Cannon was the first final table casualty after running ace-eight into Zoltan Czinkota’s ace-jack all in preflop, and Daniel Socorro followed him out the door in eighth after a nasty river. It happened when Baumstein shoved the small blind with queen-four offsuit and Socorro called off with king-jack in the big. A four on the river gave Baumstein the hand and extended his chip lead.

Edgardo Rosario lost most of his chips when Matt Suarez doubled through him holding ace-deuce against ace-three all in preflop thanks to two more deuces on the flop. He busted in seventh place the very next hand.

Jorge Gomez then tried to steal the blinds with a button jam holding jack-three offsuit only to have Czinkota called with ace-ten out of the small blind. Gomez failed to get lucky and had to settle for sixth place.

Fred White then lost a flip with pocket threes to Baumstein’s ace-ten suited to fall in fifth, and a short time late the final four struck the deal that ended the tournament.

The next Moneymaker's Road to PSPC 2020 stop starts on Thursday in Paris. Click here for more details on all upcoming Platinum Pass giveaways.

Four Times More Fun: Claim Four Bonuses (Each up to $400)