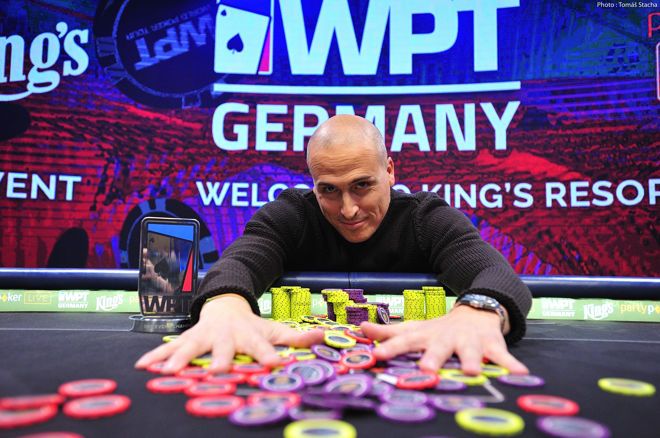 Massimiliano Zanasi has won the WPT Germany €5,300 High Roller at King's Resort, Rozvadov for €66,000. This is the Italian's third five-figure score in the space of four months, one of which was a tenth place finish in the World Series of Poker Europe €25,500 Short Deck High Roller also at King's Resort back in October.

Zanasi defeated a field of 38 players to take home the title, in what was the biggest buy-in event of the WPT festival at King's.

Runner-up Renato Nowak is a frequent player at King's Resort, finishing 13th in the same €25,500 Short Deck High Roller during the 2019 WSOP Europe.

Just five places were paid with Sirzat Hissou earning a min-cash of €15,000. Hissou is a regular European regular, with six different countries represented in his last nine cashes on The Hendon Mob. This was also his first cash at a WPT event since the 2018 WPT European Championship in Berlin where he finished ninth for €21,235 ($25,359)

That left just two players, with Nowak eventually having to settle for second place behind Zanasi.

Two flights have been completed in the €1.5m GTD WPT Germany Main Event so far, with 70 of 154 players advancing to Day 2. The chip leader is Laszlo Papai from Hungary, who topped the Day 1a chip counts, only slightly ahead of Josef Gulas who was the Day 1b chip leader.

Here are the top five chip counts from each flight so far:

There are still plenty of events left on the WPT Germany schedule: