Phil Ivey Back to Winning Ways After Victory in $50K SHR 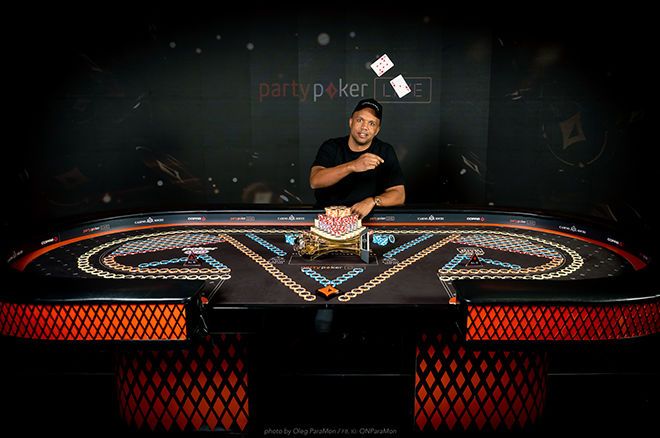 Phil Ivey tasted victory in a poker tournament for the first time since in two years when he triumphed in the $50,000 Short Deck event at the partypoker LIVE MILLIONS Super High Roller Series Sochi festival.

Fifty-five players exchanged $50,000 to compete in this event, creating a $2,750,000 prize pool that was shared among the top eight finishers.

Stephen Chidwick was the unfortunate soul to burst the money bubble. Michael Soyza pushed all-in and Chidwick called with ace-nine. The talented Brit was in bad shape against Soyza’s dominating ace-king. Chidwick couldn’t find a nine and fell, ironically, in ninth-place.

Two more players busted before Day 1 was out.

Thai Ha crashed out when his ace-king failed to get there against Sergi Reixach’s pocket kings. That finish banked Ha $107,000.

Day 1 ended when Dmitriy Kuzmin’s ace-ten fell foul to the pocket rockets in the hand of Soyza. The Dominican seventh-place finish consoled himself with $133,760.

Soyza held a dominant chip lead going into the final table and improved his position by claiming Sam Greenwood’s stack. Greenwood pushed all-in with king-queen and Soyza looked him up with pocket jacks. Greenwood flopped two pair, but Soyza improved to a set. No further drama meant Greenwood had to make do with the $160,510 sixth-place prize.

Ivey then sent Reixach to the rail in fifth. Ivey opened to 300,000 in late position with ace-ten of hearts. Reixach jammed for 1,260,000 with ace-queen and Ivey called. Ivey flopped a ten before improving to a full house on the river. Game over for Reixach.

Soyza resumed his role of the executioner by sending Seth Davies to the showers. Davies opened to 800,000 with ace-seven suited before calling Soyza’s bet that set him all-in. Davies was drawing dead by the turn and now only three players remained in the hunt for the title.

How to win a $32K MILLIONS World package

Lee Wait Kiat put his foot firmly on the gas and clashed several times with Soyza. So much so that he claimed the overall chip lead. He only held that lead for a few minutes because Ivey snatched him from him, his flopped full house getting paid off.

That hand ultimately led to Kiat’s demise. Soyza opened with pocket queens and called when Kiat shoved on him for 2,585,000. Kiat showed jack-ten of spades and lost despite pairing his ten on the flop because the board showed four cards to a straight.

Ivey Trails Going Into Heads Up

The aggression both players showed resulted in the chip lead exchanging hands several times before Ivey started to pull away.

The final hand saw Ivey set Soyza in for his last 10 button antes, doing so with ace-six of hearts. Soyza pinned his hopes on king-seven and it looked like the correct call because the door card was a king. The flop, however, contained two hearts and a third landed on the river, handing Ivey the $856,050 top prize and his first victory for two years.

Phua overcame 41-opponents on his way to scooping the impressive $1,512,000 first-place prize. He now has $18,710,989 in live poker tournament winnings, almost $5 million more than his friend Richard Yong.

After finishing on the final table of the $50,000 Short Deck event, Soyza burst the money bubble here. This meant the surviving six players all locked up at least $252,000.

Burns’ fellow Aussie Michael Addamo fell in fifth when his king-eight ran into the pocket aces of Webster Lim. There was no miracle comeback for Addamo who netted $336,000.

Fourth-place and $420,000 went to Mateos who made a move with five-four suited. Phua called with king-seven in the big blind, flopped a seven and that was it for the super-talented Spaniard.

Lim busted when he check-raised all-in on a four-trey-trey flop with seven-five only for Phua to look him up with ace-five. Neither player improved, Phua didn’t need to though, and Lim made his way to the cashier’s desk to collect $672,000.

Phua held the chip lead going into the one-on-one battle with Matthias Eibinger, but the Austrian got the better of the early confrontations. Eibinger kept on Phua’s coattails but couldn’t claw his way back into contention.

The final hand saw Phua raise it up with ace-eight of spade and Eibinger call with ten-eight of hearts. Both player paired their eight on the top, but Phua made two pair. Eibinger check-called a 250,000 bet on the flop and a 500,000 bet on the king turn. He checked again on the six river before calling Phua’s bet that had set him all-in. Phua showed the winning hand and Eibinger busted in second, a finish worth $1,008,000 the largest prize of his career so far.