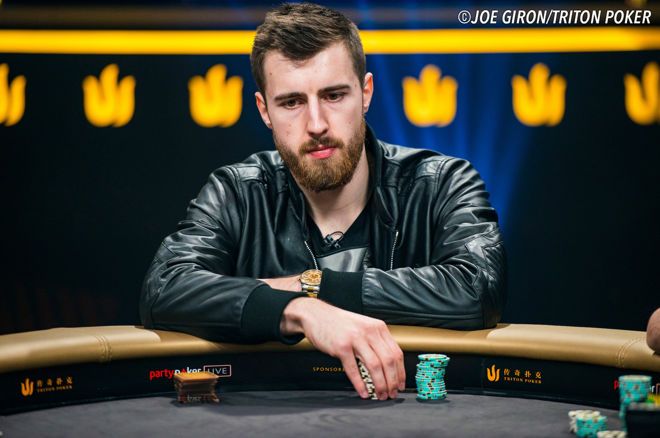 The PokerStars Spring Championship of Online Poker, the partypoker WPT Online Series and Super High Roller Bowl, and GGPoker WSOP Online Super Circuit may be confined to the history books, but there was still plenty of high stakes tournament action in the online poker world on June 7, the first relatively "quiet" Sunday in some time. Here are just some of the highlights.

partypoker launched the High Roller Club on June 7 and it got off to a terrific start. At least six high stakes tournaments run every Tuesday, Thursday, and Sunday that have buy-ins from $530 up to $25,500.

Those playing in these High Roller Club events earn leaderboard points with the top 15 points earners on July 16 winning a share of $100,000.

Wiktor Malinowski has done his chances of winning the $30,000 top prize no harm at all by winning the $25,500 Main Event tournament. Some 50 players turned out in force, ensuring the $1 million prize pool was surpassed, and top seven finishers secured a slice of the prize money.

Matthias Eibinger was the first superstar to bank some cash, namely $53,125 for his seventh-place finish. Justin Bonomo, winner of the Super High Roller Bowl last week, could only manage a sixth-place finish this time around. It was worth $62,500.

Nick Schulman is no stranger to major final tables so it was no surprise to see him at this one. Schulman ran out of steam in fifth place and saw his partypoker bankroll increase by $81,250.

Matthew Wood of the United Kingdom got his hands on the tournament’s first six-figure prize. Wood crashed out in fourth and saw $121,875 head his way. Heads up was set when Giuseppe Iadisernia busted in third for $190,625.

Steve O’Dwyer and Wiktor Malinowski were the heads-up duo; either would have been a worthy winner. The tournament was settled on a coinflip, like many of them tend to be. Malinowski min-raised to 1,000,000 with pocket eights and called when O’Dwyer three-bet all-in for 14,229,072 with ace-jack. Malinwoski turned a full house to lock up the $443,750 top prize and to resign O’Dwyer to a $296,875 consolation prize.

The Big Game is one of the tournaments on the High Roller Club schedule and rightly so because the $5,200 buy-in event has $1 million guaranteed.

Thomas Muehloecker was the man who got his hands on the lion’s share of the prize pool. The talented Austrian turned his initial investment into a cool $203,900. Victory in these high profile tournaments is never easy, but this win was made more impressive when you look at who was on the eight-handed final table.

Malinowski reached the final table but fell at the first hurdle, meaning he had to make do with a $23,000 score. Ali imsirovic and Luke Reeves joined Malinowski on the rail, albeit with $31,000 and $42,000 prizes in the accounts.

Daniel Dvoress loves these high stakes tournaments and he put in another impressive performance. His tournament ended abruptly in third place, a finish that weighed in at $105,500.

This left Muehloecker and Teun Mulder to fight it out for the title and we already know how that encounter panned out. Mulder scooped up the $148,000 second-place prize.

Some of the other highlights from partypoker’s biggest tournaments included:

There were some gigantic prizes over at GGPoker thanks in part to the MILLION$ tournaments.

The bulk of that went to Brazil’s “LisFlower” who walked away with $322,550 after defeating “LuzHelena1207” of Argentina heads-up. The Argentinian netted $228,075 for their runner-up finish.

Some of the other major GGPoker results included: