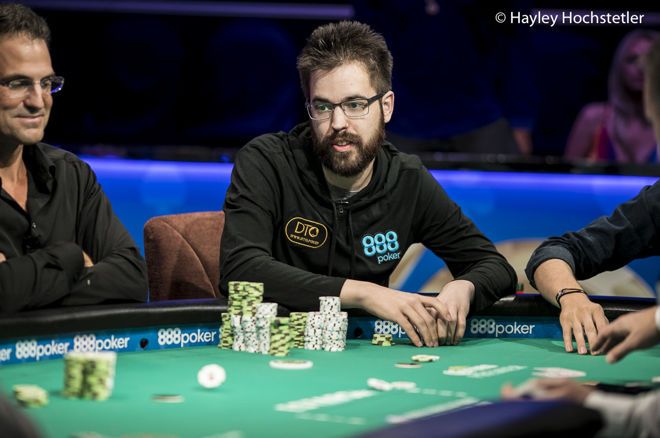 The German's first taste of the WSOP was in 2012, and Nitsche said heading into the festival he was full of "tons of excitement."

"It was my first summer and Ii had been waiting for this moment for many years. Obviously with tournaments you can never get your hopes up too high, so even though I ended up not cashing anything for the first weeks it didn't bother me at all. I just kept registering events."

"I had a fair amount of it swapped out to friends, and I'd also been doing pretty poorly in events leading up to it, but it was definitely a nice boost to the bankroll though."

READ MORE: Check Out These Half Priced Sunday Majors in the Sunday Sale at 888poker

Two years later, Nitsche bagged himself two bracelets including one of them in the WSOP National Championship.

"I remember playing the [National Championship] Final Table outside and getting heads-up with Athanasios [Polychronopoulos]. It wasn't the hardest field I've ever played and I remember picking up chips pretty easily.

"Same with the other bracelet! Although in that one, I remember having to double up a couple times heads-up [against Dave D'Alesandro]."

Nitsche's love affair continued the following year, bagging seven cashes - his best summer in terms of cashes. However, Nitsche say's he's used to a summer-long grind like the WSOP for him?

"I play a ton online and I'm consistently working on my game. For me playing one table is something Ican pretty much do on autopilot. It's almost relaxing and fun rather than exhausting.

"People will disagree with this because they take poker too seriously. At the end of the day tournament poker comes down to mostly luck and things we can't control. Especially on the first day of a tournament i really don't take it seriously at all."

With a wealth of success at the WSOP, Nitsche has special memories about playing there and spending time in Las Vegas.

"There's something about playing big tournaments every day that really excites me. The WSOP is truly special in that way and nothing quite like it exists."

The Pursuit of Five?

Both Nitsche and fellow German George Danzer (pictured) are tied with four bracelets on the list of German bracelet winners, and Nitsche is aiming to overtake him as soon as possible.

"I've never been one to go trophy chasing. I'll continue to play well and then hopefully i can get lucky a few more times."