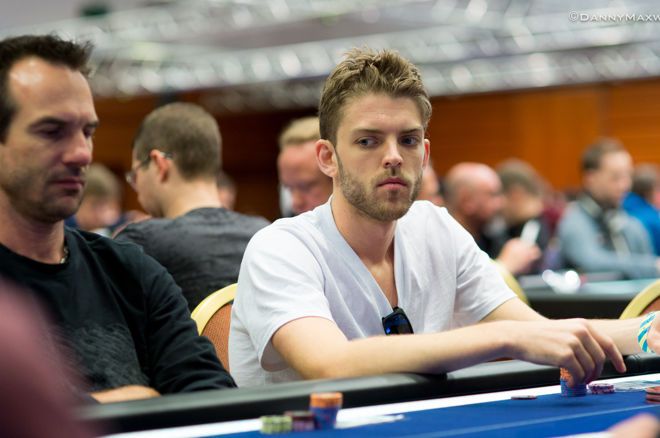 On a final day that lasted a little over three hours, Michael "munchenHB" Telker showed why he ranks among the all-time greats in the digital poker arena. Telker, who relocated from Michigan to Costa Rica in order to continue his online poker career, started the final as the chip leader and ended with all the chips and first-place prize of $157,004.

Besides a brief lull in the middle, there was rarely any doubt whether the American transplant would claim the victory in the first PokerStars Stadium Series Freezeout Weekly Final - High, this one coming at a price tag of $530. He outlasted a field of 2,101 players over the course of three days, together creating a total prize pool of $1,050,500.

It was the second victory in a week for the former Sunday Million winner after kicking off PokerStars' brand-new series in proper fashion, taking down heat 2-H on Monday last week for $80,080. As part of the millions in prizes PokerStars is adding to this series, Telker received a free entry to this final and nearly doubled his cash from Monday in the process.

Telker, who has already won over $7M lifetime on PokerStars under his "munchenHB" alias according to PocketFives, eliminated his final three opponents one-by-one and ultimately coolered Eli "Timunim" Fagundes heads-up to end the tournament just two hands into the match.

Coming in with the chip lead, Telker was the odds-on favorite to start the day. However, he still had to navigate his field through a series of quality opponents, including Patrick "Nelepo10" Ulysséa, Xiaoxiao "W.Leung" Niao, Paulius "D3cor" Vaitiekunas, and Manuel "fellatiado" Ruivo.

A brutal setup took care of one of them, Ruivo, right off the bat. On the very first hand of the final table, Ruivo ran ace-king into Telker's aces to see his deep run come to a screeching halt just like that.

Quickly, two more players dropped in fpfeifer97 and deadfizh, leaving just six players once the dust of the opening salvo had settled. Vaitiekunas was next to go, running pocket tens into Ulysséa's jacks with handed the chip lead to the latter. Niao then lost the classic race with ace-king to Fagundes' pocket queens to leave the field with four.

With Ulysséa in the lead, it was Telker who had slipped back a bit to 40 big blinds, but two five-bet shoves got through to add piles to his stack uncontested. The Michigander never looked back and won several smaller smaller pots to slowly grind back to the lead.

Ulysséa was next to go after getting caught with his hand in the cookie jar, trying a ballsy play with king-high but unable to force out Telker's kings. Ramping up the aggression, the American kept collecting small pots and both his remaining opponents dwindled down to the 20 big blind range.

After the blinds went up, the tournament was over in just three hands. First, it was Canadian "Boootsy" who departed, shoving pocket eights into Telker's king-queen with the latter catching two kings.

In the second hand of heads-up, with Telker holding five-four of spades on a king-six-trey flop with two clubs, a deuce rolled off on the turn to improve him to the mortal nuts. The ten of clubs came on the river; the remaining chips went in and Fagundes snapped it off with deuces, only to see he had been set-up by the digital deck. The Brazilian received $111,917 as a consolation prize for finishing runner-up.

That's it for live coverage of the first of four PokerStars Stadium Series Weekly Freezeout Finals! Make sure to check back to PokerNews next Sunday as the second final gets underway.