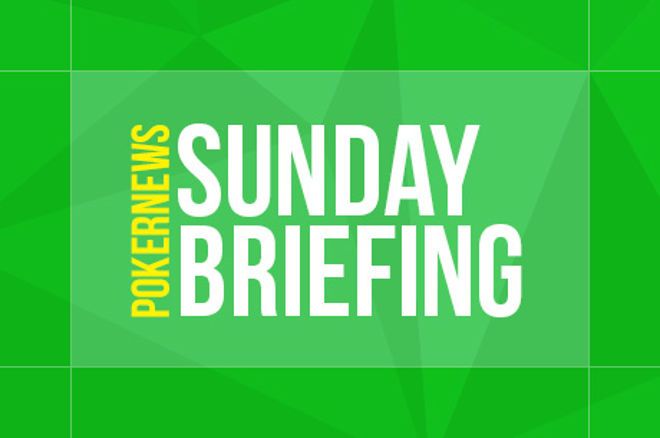 Ishikawa came out on top of a 2,214-strong field to get his hands, or should that be wrists, on the first GGPoker-awarded WSOP bracelet of the summer and a combined prize worth almost $118,000.

The tournament played out under the watchful eyes of the PokerNews Live Reporting team who brought you blow by blow coverage of this historic event. You can check out the extensive coverage here, but we’ll leave you with the final table payouts:

Some of the other big scores from GGPoker on July 19 included:

Recap the action from the first WSOP bracelet event at GGPoker

Samuel “€urop€an” Vousden was one of the biggest winners at PokerStars this weekend courtesy of winning the High Roller $5,200 NLHE Single Event. Ninety-eight of the world’s best players took to the PokerStars tables and played for a share of the $500,000 guaranteed prize pool.

Each of the nine finalists guaranteed themselves at least $15,755. What a final table it was too with the likes of Laszlo “omaha4rollz” Bujtas, Mikita “fish2013” Badziakouski, Jans “Graftekkel” Arends, Christian “WATnlos” Rudolph, Wiktor “limitless” Malinowski, Benjamin “bencb789” Rolle, and Matthias “iambest2” Eibinger all present and correct.

Only three players received prize money in the $2,100 Sunday High Roller event due to a compact field of 29 entrants. The legendary figure of Niklas “Lena900” Astedt was the fourth-place finisher and, therefore, the unfortunate soul who burst the money bubble.

Some of the other big scores at PokerStars on July 19 included:

The Stadium Series is paying out huge prizes

The WPT World Online Championships kicked off at partypoker but they don’t crown their first champions until Tuesday due to their awesome structures. There were plenty of other tournaments taking place, however, including the $150K Gtd Big Gladiator.

“MACAREEEEEEEENA” won this event after outlasting 467-opponents in the $320 buy-in affair. They collected $11,956 from the main prize pool after defeating “antiZZZ” heads-up; the runner-up banked $11,940. The champion also took home a cool $14,514 worth of bounties, with the second-place finish adding $691 to their haul. Winning PKO tournaments always results in a huge bounty payment because you also secure the bounty that was on your own head.

Some of the other partypoker results included:

partypoker is giving away $500K worth of WPT tickets!

Over to 888poker now where Sweden’s “ANARCHYFTW” triumphed in the special tournament called simply A Good Tournament. This event featured only two starting flights, each with only a single re-entry permitted, as 888poker took things back to basics.

ANARCHYFTW came out on top and banked $7,854 for their victory after defeating “Laly139” of Argentina heads-up. The Argentinian saw their bankroll swell by $3,978 as a result of their runner-up finish.

This week’s $25,000 Sunday Challenge saw a total field of 246 players compete who were all outlasted by “bah23”. First-place in this $109 buy-in affair weighed in at $5,375. bah23 got his hands on this after a heads-up battle against Canada’s “DosPoochies” went to plan.

Win up to $1K with the Hand of the Day

10 Reasons Why the WSOP Online on GGPoker Will Be HUGE (...And Three Why It Won't Be)