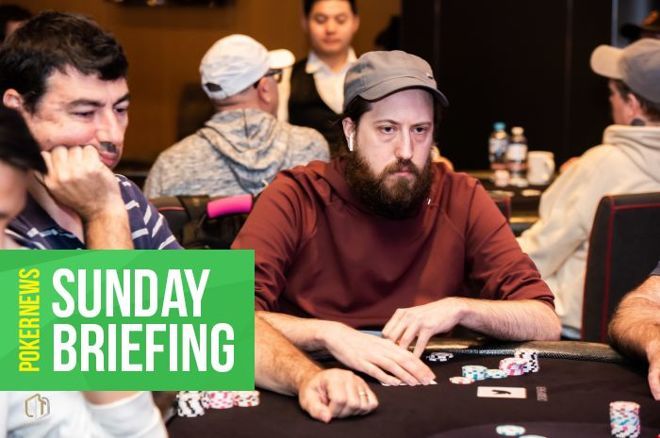 Online poker’s elite players were out in force on July 12 as they warm up for the upcoming WSOP at GGPoker and the $100 million guaranteed WPT World Online Championships at partypoker. It was at the former where Steve O’Dwyer, a familiar face in tournament poker’s biggest buy-in events, excelled and took down two massive events.

Both heads-up players, O’Dwyer and “DanBiz”, were each guaranteed a six-figure prize. O’Dwyer secured the largest of the two scores, namely $138,470, leaving the runner-up to scoop $105,332.

Victory number two came in the High Rollers Blade Mulligan, another $5,000 buy-in affair. This one attracted 111 entrants who created a $527,250 prize pool shared among the top 15 finishers.

This event was even more shark-infested than the previous $5,000 event with the final table reading like a who’s who of poker. Again, it was O’Dwyer who shone the brightest and locked up the lion’s share of the prize money. He defeated Kristen Bicknell heads-up to pad his bankroll with another $120,755.

Several other stars triumphed in GGPoker tournaments on July 12, these included:

Want to win a WSOP bracelet at GGPoker? Start here.

Michael Addamo enjoyed a super Sunday a couple of weeks ago, excelling in the partypoker High Roller Club. It was these high stakes tournaments where Addamo once again showed his class, taking down the $25,500 buy-in Main Event.

Some of the other partypoker highlights included:

Play in $300K worth of freerolls at partypoker

There was a massive six-figure prize awarded to Christian “WATnlos” Rudolph thanks to the Austrian taking down the $5,200 NLHE High Roller Single Event at PokerStars. Rudolph came out on top of a 92-strong field to get his hands on $119,483.

Victory in this event is never an easy task, but this week’s was extremely difficult because of the superstars that reached the final table. Just look at them:

While the Stadium Tour Weekly Finals reached Day 2, some of the heats paid out big bucks. The Stadium Series Heat 09-H: $1,050 NLHE ended in a four-handed chop that saw the final quartet of players share almost $250,000.

Players such as Marty “TheLipoFund” Mathis and Team PokerStars Pro Lex “L. Veldhuis” Veldhuis missed out on the deal but still won $12,233 and $21,712 respectively. Those four deal makers, and their finishing positions, were:

Check out some of these other big PokerStars results:

“Bofix18” fired four bullets at this event and that fourth attempt resulted in them taking down the tournament for a $17,954 prize.

Shout-out also to Brazil’s Vitor “WHATaDREAM” Dzivielevski who won the $25,000 Sunday Challenge for a $5,375 addition to their bankroll.