Casino Poker for Beginners: All About Chips, Part 1 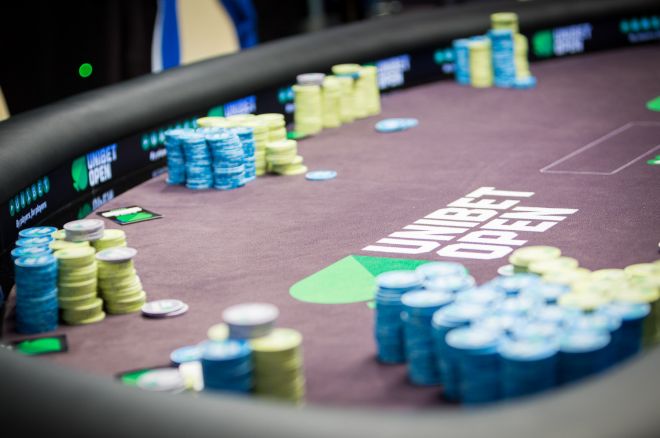 That pithy sentence is usually attributed to Julius “Big Jules” Weintraub, a big gambler who essentially invented the “Vegas junket” for East Coast residents, though I have not been able to identify a reliable primary source for this quotation. Whoever said it was right — you can play poker with cash, but chips make the game far easier to manage.

Because chips are such a ubiquitous feature of poker, it’s easy to accept their presence without much thought. But I think there’s a lot that’s worth knowing about poker chips before you sit down at a table full of them.

Chips and money (a complicated relationship)

The first thing to understand is that chips are real money, just in a different form. This truth is simultaneously obvious and elusive. Weintraub’s observation gets at how easy it is to forget it, and treat chips as mere abstractions.

In The Biggest Game in Town — one of the most articulate and influential books ever written about poker — Al Alvarez mused, “The chip is like a conjurer’s sleight of hand that turns an egg into a billiard ball, a necessity of life into a plaything, reality into illusion. Players who freeze up at the sight of a fifty-dollar bill, thinking it could buy them a week’s food at the supermarket, will toss two green [$25] chips into the pot without even hesitating if the odds are right.”

Successful poker players rely on their weaker opponents losing touch with the equivalence of poker-world chips and real-world money. As for their own relationship with that truth, however, strong players both remember and disregard it. That is, you must keep in mind that playing badly and as a result losing $100 in chips is the same as setting a $100 bill on fire. But at the same time, you can’t let the fear of losing your hard-earned money prevent you from investing your chips in the way that will be the most profitable.

But enough abstraction. Let’s deal with the tangible aspects of poker chips, as they are used in casinos. All of the following points apply equally to both tournaments and cash games, with two exceptions, which I will note when we get to them.

The dominant color of most poker chips is related to their denominations in a nearly universal way: $5 chips are red, $25 green, and $100 black. (If you’re playing with chips above this, you’re not likely to be new enough to poker to be reading this article!) The exception is the $1 chip, which casinos order in a wide variety of color schemes, with either white or blue being the most common. Meanwhile tournament chips also do not usually follow this or any other consistent color pattern.

It is both courteous and strategically advantageous to keep your chips in neat stacks of 5, 10, or 20 chips each. This makes it easy for both you and other players to count or at least closely estimate how much you have on the table — a vital consideration in no-limit and pot-limit games.

You need to know at all times which opponents can “stack” you (i.e., take all of your chips if you lose a big confrontation), or, conversely, how much you could potentially win from them. Players whose chips are in an unorganized heap, or in uneven stacks, or in which denominations are mixed together haphazardly, make this unnecessarily difficult.

For similar reasons, it is both against the rules and deeply unethical to hide one’s largest-denomination chips from the view of other players. If you play poker long enough, sooner or later you will encounter a dishonest player who carefully hides several black chips under or behind stacks of red chips. His goal is to get you to underestimate how much money he has in play. If, for example, you have $500 but see only $200 in front of the guy in seat four, you might be more inclined to call his all-in bet than you would be if you could see the six $100 chips he has stashed behind his stacks of red.

If you see somebody trying to hide his big chips this way, you not only may, but should point it out to the dealer. If you’d prefer not to risk being seen as a “snitch,” you can step away from the table and tell a floor person about the problem. Poker rooms have little tolerance for such “angle shooting,” because it upsets less-experienced players when they get deceived this way, and the casino does not want to lose them as customers.

Once you put chips into play at the table, you cannot remove any of them until you remove all of them to cash out. That is, you can’t pocket some of your winnings to ensure that you won’t lose them, no matter how tempting it seems to do so. (I’ll explain this in more detail in a future article when I address the whole subject of “table stakes.”)

Similarly, you cannot just give some of your chips to another player at the table, such as your spouse or best friend. If he or she needs more chips, they must be purchased from the casino. (You can give cash out of your pocket to another player, however.)

Most casinos allow at least some forms of cash to be used in poker games. The most common rule is that $100 bills, but no other currency, can be in play. However, a few casinos allow other denominations of cash to be used in poker games, while a few don’t allow any cash on the table at all. The only way to know the house rule on this point is to ask. When cash is in play, these bills are subject to the same rules about being kept easily visible to other players and not being removed from the table until you are leaving.

I think it will be obvious to you that cash never substitutes for or supplements chips in poker tournaments. In fact, poker tournament chips are usually explicitly marked “NO CASH VALUE” so that nobody mistakes them for ones exchangeable for cash.

Personally, I prefer using just chips, so if I win a pot that has bills in it, I will ask the dealer or chip runner to trade me chips for them. My reason for this idiosyncrasy — and I admit that that’s all it is — is simply that when I look at chip stacks, either my own or other players’, my brain tends not to register the bills the same way it does the chips. As a result, I’ve occasionally made large errors in estimating what amounts are in play. Apparently, other people don’t have this problem. Do as seems best to you.

A possibly profitable tip: Many players, when in possession of a mixture of both chips and bills, will be much more reluctant to put the cash into the pot than the chips. This is precisely because of the psychological effect mentioned at the beginning of the article, in which chips lose their equivalence to “real” money. For that reason, a player who is betting with his cash instead of or in addition to his chips is less likely to be bluffing than one who is betting with chips only, all else being equal.

Of course, like everything about poker “tells,” this is not a universal phenomenon. But it’s sufficiently common to make it worth paying attention to see if it’s true about the specific players at your table, then using that knowledge to your advantage.

There a lot more to say — and to learn — about chips. In Part 2, I’ll explain the rules about making bets and raises with chips.