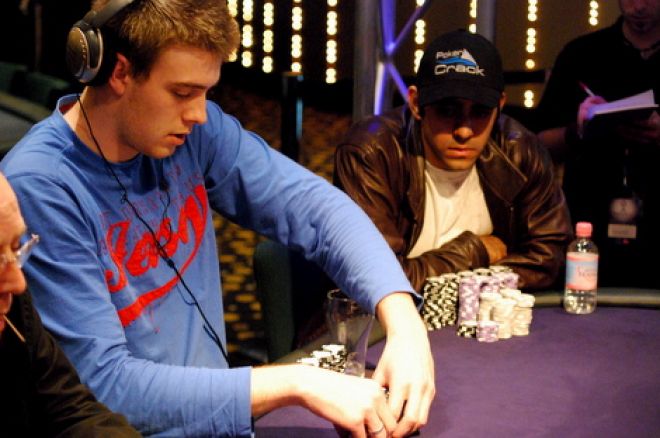 One of the first lessons I learned as I began to improve as a poker player is that I should play fewer hands than the average small stakes recreational player in my games. Doing so often left me in a paradoxical position. I saw my opponents making tons of mistakes by being too loose preflop, yet I could not profit from these mistakes as often as I would have liked to because I was already out of the hand.

I decided I’d better come up with something productive to do while I watching these car wrecks happening around me. Here are five “post-fold goals” I focus on to keep my head in the game while others play out hands.

The best poker players can predict where their money will come from even before the opportunity to get it arises. In a cash game, blinds are relatively small and there are no antes, so money has to come from players who are willing to make loose bets. After I fold, I keep up with which players are constantly building pots only to lose them later in the hand. In particular, I try to determine how they are losing pots.

Some limp-fold a ton. Others call preflop and fold to continuation bets. My favorite are those who call all the way down to the river then fold when you put them all in. By definition, if a player is very loose then he cannot have many strong hands in his range by the river. Identifying these players is the most important thing I do after folding a hand.

For example, if the table’s biggest winner is isolating limpers often, I will come behind with a cold three-bet to resteal after the player’s attempted steal. This is a dangerous approach if the player is world class, but since I play small stakes this is rarely an issue.

3. Look for Tells During the Hand

Small stakes recreational players have a ton of physical and verbal tells. After I fold, I try to watch any pots that go to showdown. If a player was bluffing, I try to remember how he bet, how he looked, and what he said. Chances are he will give off those same tells the next time he is bluffing. If I get confirmation on this in two or three hands, I will confidently rely on it the next time I am in a pot with that player.

In fact, many times you can get this confirmation even when the hand does not go to showdown because recreational players love to show their hands even when they are not required to do so. One of the most reliable verbal tells I have encountered comes from players who fold before the showdown and then tell the winner what they folded in order to try to elicit information. I tend to believe a guy with no dog left in the fight when he says “Did you have the flush? I had aces there but I couldn’t call that raise.” He can expect frequent raises from me in the future.

4. Look for Tells on “Sixth Street”

Even players who successfully remain stoic during the hand will sometimes leak a bit of information on “sixth street” because they think that it is safe to be honest since no one is looking. I make an effort to look in these spots instead of complaining to my neighbor that I haven’t gotten any hands or asking for a deck change.

If I have done a good job on my first four “post-fold goals,” then I will have a ton of information that I can use when I finally get a hand. This information can be as valuable as money, so I take notes so that I don’t lose it. My cell phone is a perfect tool for this. I list each player by name and type in any tells or general strategy information I have on them.

This is very important for me since I tend to play with the same people night after night. Small stakes players aren’t generally known for their ability to adapt or to balance their strategy, so once I have this information, I can reuse it over and over again.

While trying to improve as a poker player, I have used several resources. I’ve read books, participated in forums, watched training videos, and studied with coaches. I always walk away with hopes of retaining the information and correctly using it the next time I play at some point in the future.

Some of these resources are free and others cost a good bit of money. There is one resource that is not only immediately useful and more specific than all the rest, but actually makes or saves you money in real time. That’s the active observation you do when you are not in a hand.