Flopping a Set in a Four-Way, Reraised Pot 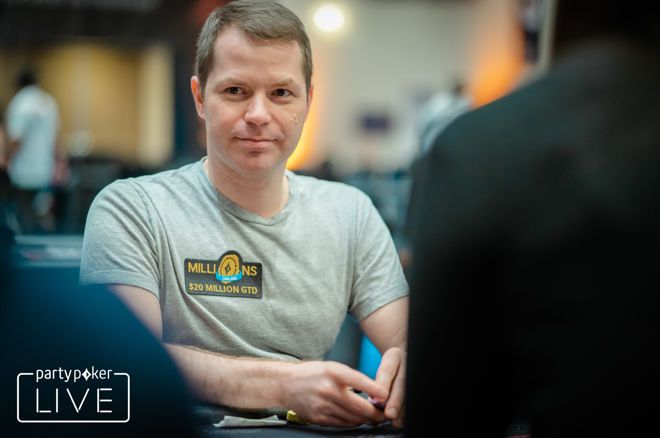 This week I have another hand to share from a $10,000 buy-in no-limit hold'em tournament I played in Florida recently, this one involving me playing a multi-way pot in which I manage to flop a set, which is always nice.

The hand shows how I went about getting value for my strong hand. Even more importantly, my primary opponent in this hand plays it atrociously, which makes it worth reviewing in order to show how to avoid the mistakes he made.

(his first mistake). Next to act in the hijack seat, a loose-aggressive player raised to 700, which as I discuss below is also not a good play as the raise is too small to get anyone to fold.

, then a tight-aggressive player in the big blind reraised to 2,650. Again, the sizing on this reraise isn't big enough to discourage callers, and sure enough after the splashy MP player called — another mistake with

— so did the hijack and myself.

, giving me a set of sevens and the splashy player top pair of kings. I checked as did the big blind, then the splashy player bet 10,000 (a pot-sized bet) and the hijack seat called, with both players committing significant percentages of their stacks by doing so.

Look at the video below to hear me talk about the problems with those plays, to see how I responded with my set, and to find out how things played out from there:

The splashy player had several chances to make what were essentially easy folds, yet never made them. Don't do what he did!

Preflop Bet Sizing Mistakes Like This Will Ruin Your Poker Results