Bluffing 101: Deciding Whether to Fire a Second Barrel on the Turn 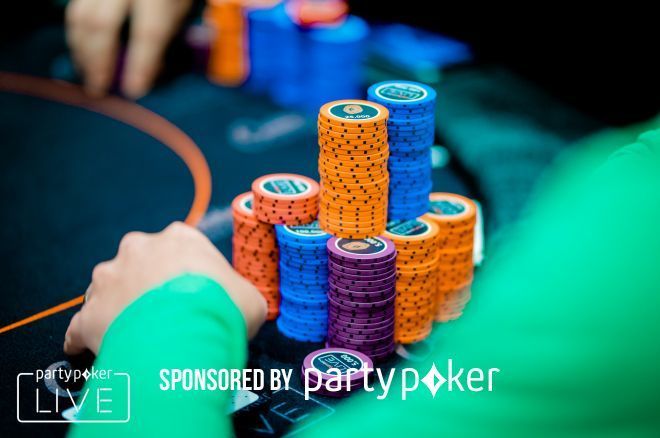 You're a beginning player — not a complete newbie, but still finding your way to profitable $1/$2 casino poker. One of the questions you frequently have is whether it makes sense to continue with your bluff on the turn by firing a second "barrel." Here are some considerations.

An Example of When You Should Fire

You're in late position. No one raises, a few fold, and the action gets to you. You look down at

— not a great hand, but it falls within your raising range from late position in an unraised pot. You pop it to $12. Everyone folds around to a middle position player who calls. The pot is $30.

The two of you see the flop come

. Your opponent checks. You each have about $250. You've missed, but given your opponent's check and the typical outcome of most flops, you figured your opponent missed as well. You decide to make a continuation bet of $20, and your opponent calls. The pot is $70.

. Aside from picking up a longshot inside straight draw, you've missed once more. Your opponent checks. Do you fire again? How do you decide?

It's important at this point to think in terms of your opponent's likely range. That is, think about all of the hands he's likely to have, rather than the specific hand itself that he holds. If he's a typical player, at this point, with him calling your preflop and flop bets, he probably has a range of medium and low pairs, a weak 10, A-8, or A-3. There's a chance he has a set and is slow playing, but that's a very small slice of his likely range.

This is actually a very good spot for betting again — for firing that "second barrel," as it's often called. Make a bet of $40 or so, because the large majority of the hands in your opponent's likely range will convince him to fold to a substantial bet.

With most of the holdings he's likely to have, your opponent will almost surely have to conclude that you either have been ahead since the deal or that you have moved ahead on the turn. On the other hand, if he check-raises you, you can safely conclude that he's playing the very narrow part of his range that is ahead of you (namely a set), and you can then confidently fold.

But that's okay. Poker is not a game of certainty. You don't ever expect your moves to work 100 percent of the time. Statistically speaking, you'll only have to win with your turn bet 37 percent of the time for the bet to be profitable for you.

There are a few factors that should go into your decision to fire a second barrel. Below is a brief discussion of each.

You should be more ready to fire if the turn card is unlikely to help your opponents' likely range, and if it is likely to help yours. An overcard to the board is a good example of a card that falls into that category.

Your opponent must consider your likely preflop raising range and postflop betting range as containing big cards. Accordingly, he may well conclude that the overcard paired you or gave you a set. Since his range of medium and small pairs diminishes in value as a result of that overcard (fearing that it gave you a bigger pair than he has), it becomes more likely that he will fold.

2. The Number of Opponents

It is not advisable to fire the second barrel into multiple opponents, as there is a greater chance that one of them will call you. Save this move for heads-up play.

3. The Type of Player You're Up Against

Ironically, perhaps, you should be more inclined to fire a second barrel against a loose-passive player than against an extremely tight player. Again, it comes down to the range of hands each is likely to be holding.

Loose-passive players, on the other hand, play wide ranges that they will give up on if your aggression continues. Similarly, given the nearly universal use of c-bets, they are likely to call flop bets loosely, only giving up on their draws on the turn. They are your ideal opponents for the second barrel.

At first glance, it would appear that firing the second barrel should be done only when you have position on an opponent. This makes sense because you will be able to see how your opponent reacts to the turn before you must bet. When he checks you will understand that as a sign of weakness, making your second barrel more likely to succeed.

Even so, a bet from out of position can also be used effectively. This is because of the near universality of the continuation bet. Since so many players who raise preflop will continue with a bet on the flop, many players routinely call those flop bets when in position (a call sometimes known as "floating"), with the intention of betting on the turn to steal the pot. Accordingly, a bet from out of position on the turn can look to the floater like a legitimate hand and convince him to fold, thus making the second barrel useful in either position.

5. Possible Improvement on the River

Though a small consideration, it does help the chances of success of your second barrel bet if you have some outs for improvement on the river. It might be a straight draw (even an inside straight draw as in the example above), an overcard to the board, or a flush draw. Having something of value may be a deciding factor in convincing you to fire the second barrel into their range of hands that may be ahead of you on the turn.

An opponent with a short stack after the flop is much more likely to call your bet on the turn than a deep-stacked opponent. Don't make the awful mistake of double barreling into a guy who will just toss in his remaining stack, even if he thinks he's beaten, because he feels he's "committed."

In my next column, I'll discuss the efficacy of firing a third barrel on the river.

This strategy article by Ashley Adams is sponsored by partypoker.