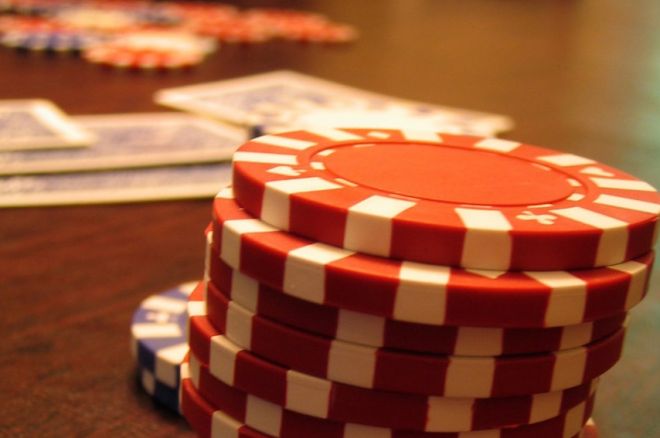 In my last column on home games, I looked at the many different variations there can be in the layout or “array” of board cards in a home game.

When people invent home games they frequently like to toy with how the community cards are laid out. How do you, as a skilled poker player, take advantage of these variants by exploiting those aspects of these games that other, less skillful players, may not consider? Specifically, what strategy considerations go into your play when you see community cards that are not set up in the familiar three cards of a flop, followed by one turn and one river?

Let’s look at a specific variant, in this case the home game 2-1-3, to see how you might think through a hand differently than you would in a “typical” poker game. We’ll do this not so much to develop a complete strategy for this oddball game, but so you can see how to reason through game variations, adopting your strategy to suit these twists and turns appropriately.

2-1-3 is a home poker variant you may recall from my last column, that plays in most respects like Omaha Hi-Low 8-or-Better, but with a different board. Instead of five cards in a row, in 2-1-3 the board is deal with two cards across, then a single card underneath those two cards, then a final flop of three cards underneath those two rows. The resulting board looks like this:

The hand-making rules in 2-1-3 require that the player use cards from his hand with the number of cards from just one of the horizontal or vertical rows, adding up to a five-card hand.

As in Omaha Hi-Low, he may make a separate high hand and a low hand, using separate combinations of cards for the high and the low hand as described above.

The first difference between 2-1-3 and regular Omaha Hi-Low — something that you should always consider when playing any non-standard board game — is the “front-loadedness” of the betting rounds. In Omaha, for example, before the second of the four betting rounds, you see three-fifths of the community cards, accounting for three-fifths of your potential hand by the flop. In this game, to the contrary, you see only two of the six cards that will eventually be revealed on the board – accounting for only one sixth of the combinations that the full board will eventually reveal. Accordingly, the early information in this game is far more limited than what you are used to in Omaha hi-low or hold’em in the first two betting rounds.

That being said, your preflop hand is much more important in 2-1-3 than it is in Omaha Hi-Low, potentially making up much more of your final hand.

In Omaha Hi-Low, you must use two and only two of your hole cards. Similarly, you only have the potential to make a qualifying low hand if at least two of your cards are

or less. For example, if you have

you can make a low provided the board has at least three low cards in it.

But in 2-1-3, because of your ability to combine three or even all four of your hole cards with community cards to make a hand, your entire holding of hole cards becomes more important. Put another way, you may use a much larger combination of your low cards in 2-1-3 in making your low hand than you can in Omaha Hi-Low, creating a vastly different value from your worst holdings to your best holdings.

You must also consider the high hand, of course. In 2-1-3, unlike in Omaha Hi-Low, a full house or quads are possible even if the board does not pair, as a strong three or four card holding may be combined with a seemingly benign board, containing no pair, to make a full house. Consider the following board:

, even though none of the rows and columns contain a pair, you can make a full house going across on the top row. Similarly, you can imagine how a full house or better is possible in the second row of one card (if an individual has trips in his hand for example), or in the two columns with one or two cards in them.

Since your individual holding in this game allows for you to use so many additional combination of cards than in Omaha Hi-Low, the preflop value of some starting cards goes way up in a way that does not happen in Omaha Hi-Low. A player with the very rare holding of quads, for example, has an extremely powerful hand in this game. Similarly, a player with trips has a hand whose preflop value relative to his opponent’s likely preflop holding is much greater than in an Omaha Hi-Low game — where preflop holdings are much closer in value to each other.

It should probably go without saying that it’s also critically important to pay attention to how information is revealed in this game. As mentioned above, and even more so than in Omaha Hi/Low, the first four cards are critically important. Though a vast number of hands are extremely close in value, given the huge number of hand combinations that will be sequentially revealed as the three different rows are exposed, there are very high-valued outliers that don’t exist in Omaha Hi-Low.

Also significant is that in this game, unlike in Omaha Hi-Low, the final row to be revealed contains a much higher percentage of information. Accordingly, if you can get to see it inexpensively, it’s usually worth doing so. Similarly, if you have a made hand on the first or second row, you want to make it as expensive as you can to keep your opponents from seeing that last row cheaply.

Here is a list of questions that you should ask yourself when faced with a home game that is new to you.

The purpose of this exercise hasn’t been to give you a perfect basic strategy for the game of 2-1-3. That would take far more space and analysis than a short article like this can supply. Rather, it’s to get you to think strategically about any homemade game you might encounter.