Talking Poker: Under the Gun 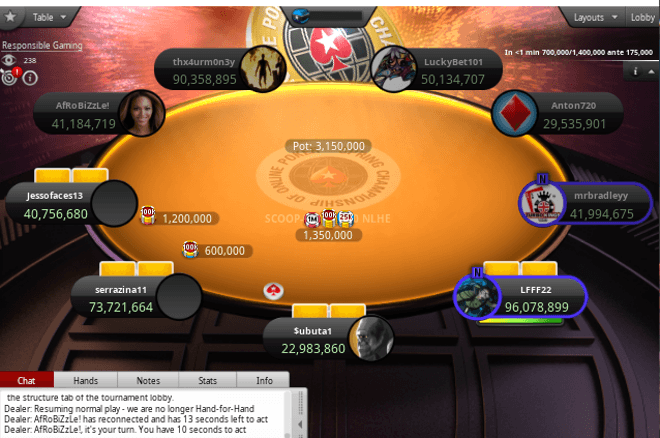 The PokerNews Talking Poker series is a collection of articles and videos created to help beginners understand how to play poker.

Each Talking Poker episode focuses on a particular poker term.

We start from a clear, to-the-point definition to help you understand what each poker term means, and then we share an example of the strategic concept to which it refers.

This way, you can start using the term and implementing the related strategy into your game.

In this episode of the Talking Poker series we focus on a term that refers to one of the positions in poker — 'under the gun.'

'Under the gun' (or 'UTG') refers to the position to the immediate left of the big blind in flop games like Texas hold'em and Omaha poker.

The under-the-gun player is the first to act before the flop. The term refers to the pressure that goes along with having to act before anyone else in the hand.

An Example of Under the Gun in Poker

The cards are dealt and Player C, playing under the gun, acts first.

Pros generally advise players to play tighter in early position, especially when under the gun.

The reason is that the rest of the table gets to act after you preflop, then after the flop all players who are not in the blinds who choose to play the hand will continue to have a positional advantage on you throughout.

Because the under-the-gun player is at a substantial positional disadvantage, he or she can gain back some edge back by playing a better range of poker hands.

For example, instead of raising with a hand like

as a player might do when opening from the button, the under-the-gun player should instead be inclined to fold such a hand.

For more about playing from under the gun, here is a video by PokerXFactor coach Chris Wallace.

In this poker video, Wallace presents a formula by which to guide starting hand selection from early position in cash games, including when playing UTG: