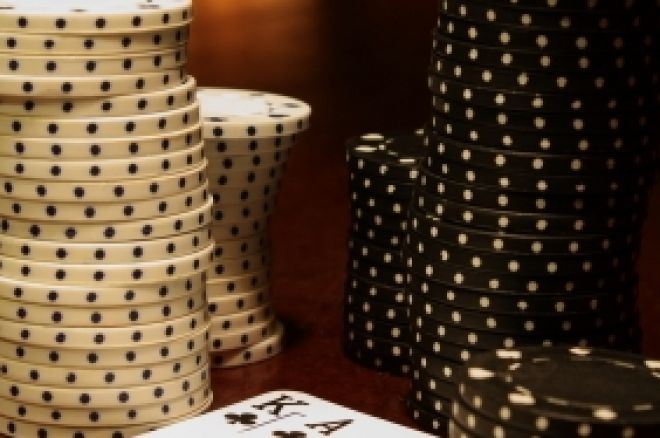 One of the more anticipated poker strategy texts of the year has finally arrived with Small Stakes No-Limit Hold’em, the latest offering from collaborators Ed Miller, Sunny Mehta, and Matt Flynn. Expectations are high thanks largely to the trio’s earlier Professional No-Limit Hold’em, Volume 1 (2007), a book that received much acclaim for its introduction of several influential ideas and concepts relevant to no-limit hold’em. Though not a sequel per se, SSNLH provides a valuable continuation of the discussion begun in trio’s earlier work, with the authors once more providing many useful and innovative strategies for those looking to push their no-limit hold’em games to the highest levels.

Although the authors’ earlier book received much praise, there were those who observed at the time of its publication that some (or most) its advice did not necessarily apply to online games as they were being played at the time the book first appeared. The authors readily admit that Professional No-Limit Hold’em, Volume 1 did not specifically address online play, and thus with Small Stakes No-Limit Hold’em their attention has been redirected toward preparing players for the particular variety of no-limit hold’em one finds at the $1/$2 six-handed NLHE tables online.

At first glance, such a focus may appear to give SSNLH an inordinately narrow scope, thus making for a book targeted at a highly-specialized audience. However, as the authors explain, the concepts discussed with regard to the game they’ve chosen apply to all no-limit hold’em games, making the book “highly relevant to the vast majority of no-limit players, whether you play live games or online, shorthanded games, full-ring, or even heads-up.”

That said, the book is most certainly not for beginners. As the authors point out, “online $1-$2 6-max represents a critical threshold for professional players,” with many players currently making their living solely playing at those stakes. Thus does the book primarily offer instruction not to the recreational player or part-timer, but to those looking to play no-limit hold’em at a professional level. It should be additionally noted that while the authors do reintroduce certain concepts from Professional No-Limit Hold’em, Volume 1 — e.g., the “commitment threshold,” “Stack-to-Pot Ratios” (SPR), and the “REM Process” (Range, Equity, Maximize) — those concepts are accompanied by explanations that do not assume the reader’s familiarity with the earlier book.

The premise with which SSNLH begins, and upon which much of its advice rests, is the observation that every no-limit hold’em hand can be characterized as having both “steal equity” and “showdown equity.” “When you really get down to it,” as the authors put it, “there are only two ways of making money in no-limit hold’em,” namely, “make the best hand” or “steal the pot.”

Indeed, every hold’em hand has both some degree of “showdown equity” and “steal equity,” and those equities can change dramatically with the many other variables that affect how a hand is played (e.g., position, opponents’ styles, stack sizes, pot sizes, one’s cards, the community cards, the action from street to street, etc.). It is crucial, argue the authors, always to be mindful of both the chance of showing down the best hand as well as the chance of winning without a showdown, and thus remain cognizant of the fact that when “the combined equity is worth more than what you have to risk to play on, the situation is profitable,” and “when the combined equity is too small to justify the risk, [it is best to] fold.”

In an effort to get readers away from the mindset that one can get by in the $1/$2 online short-handed NLHE game focusing solely on making the best hands (or playing “fit or fold” poker), much of the book’s first two parts — “Part 1: Framework” and “Part 2: Beating Online 6-Max $1/$2 Games” — concentrate on explaining and illustrating the various forms of pot-stealing with which one has to become familiar (and comfortable) in order to survive. The first part provides theoretical grounding for the use and value of stealing, while the second part explores concrete examples of stealing blinds, position plays, “barreling” (or continuation betting on multiple streets postflop), and what the authors call “the 3-Bet, 4-Bet, 5-Bet Game.”

As was the case in the trio’s earlier book, the discussions of all of these concepts are primarily driven by hand examples, all of which incorporate statistical data on opponents’ styles derived from poker-tracking software. Players’ preflop raising percentage and “VP$IP” percentage (voluntarily puts money into pot) are given the most weight, although the authors also occasionally touch on other useful statistics for discovering opponents’ tendencies. Of particular value here is the chapter on “Profiling Players Using Stats” in which the authors translate such stats into some of the more commonly-encountered player categories (e.g, the “nit,” the “thinking loose-aggressive,” the “wet noodle”), with accompanying advice for handling each.

These references to opponent stats’ help provide relevant contextual information for every hand that is discussed, and in fact this sensitivity to context and other “metagame” considerations perhaps distinguishes SSNLH from other example-driven strategy texts. The authors point out that one will occasionally encounter poor players at the $1/$2 six-handed NLHE online tables, and provide specific advice for isolating and exploiting such players. However, more often than not one will encounter more challenging opponents at this level, with players paying close attention, remembering how previous hands were played, and adjusting accordingly.

Thus it is important always to be mindful of context when assessing particular decisions within a given hand, and no hand in SSNLH is discussed without reference to such. As the authors succinctly point out, “you don’t play a hand in no-limit because you’re in the right seat for it or because it’s on a chart.” Rather, “you play a hand because there’s something to gain from it.” The authors do a particularly good job of outlining and explaining how one’s history with a particular opponent can make, say, a bluff worth attempting, a river value bet worth making, or a fold worth finding.

“Part 3: 7 Easy Steps to No-Limit Hold’em Success” neatly highlights primary points of emphasis from the earlier hand examples, summarizing advice given more thorough attention previously, such as recognizing the importance of position, controlling pot size, assessing and adjusting to one’s opponents, and “pulling the trigger” and making bets — such as that last river value bet — that so many NLHE players neglect to make. A final “Part 4: Beyond $1-$2” offers advanced discussions of particular plays (e.g., “Planning Big Bluffs,” “Overbetting the Flop,” “Balancing Your Lines”).

Reflecting a burgeoning trend in the publication of poker strategy texts, SSNLH has been published as an “eBook” and is currently only available as a downloadable, password-protected .pdf file. The book can either be read on one’s computer, or printed as a hard copy. The eBook format has certain obvious limitations, although there are benefits as well, such as the ability to search the text by word or phrase.

Small Stakes No-Limit Hold’em is a well written, high-level discussion of no-limit hold’em that does a masterful job of explaining difficult, complex concepts with clarity and precision. It is a book that requires — and rewards — multiple readings, and will likely join the trio’s earlier volume as one of the more significant contributions to strategy books on no-limit hold’em cash games.