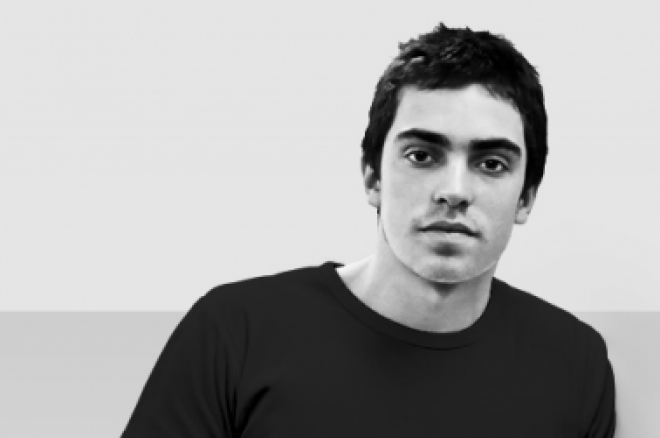 When it comes to cheating in poker, no one has been more diligent in rooting out perpetrators than members of the popular TwoPlusTwo Forums. This past weekend, another cheating scandal was broken wide open in the forums, this time involving José "Girah" Macedo, the 18-year-old first reported on last March.

According to TwoPlusTwo member “MossBoss,” who plays on iPoker under the username of “jajay1963,” he and other players became suspicious when Macedo pushed him and others from a private strategy group to play against “sauron1989.” Although Macedo assured players that this player was a fish, sauron1989 went on to win over $30,000 from Macedo’s referred friends. Along with “TooCuriousso1,” MossBoss began researching Skype chats, reviewing hands, and compiling other circumstantial evidence. They soon learned that the respective Skypes of Macedo and sauron1989 would often log on and off at the same time.

Not long after, Macedo confessed in his blog, which was also posted on TwoPlusTwo:

“I’m going to be taking a break for a while. There is no right or wrong way to say any of this, so I’m just going to say what happened.

“A while ago, I did something stupid. A friend of mine, whom I introduced to poker, made a suggestion to me which was, I’m not going to sugar coat it, cheating. I had introduced this friend to poker, and he was losing money — badly. He asked to play some of my poker friends and said 'why don’t you sweat them and we’ll see their hands.' I don’t know why I agreed. I don’t know why I did it. I guess it was a mixture of guilt and stupidity and feeling shitty for getting him involved in something which seemed to be bad for him.

“This went on for a short while but I felt so bad, I had to say something. I confessed. I told the guys involved what I had done, I told my friends and the people who I respect and who respected me.

“I told my Mum, confessed everything to her. I could see the disappointment moving across her face as she told me she was not proud of me despite all my success in poker; she was not proud of her son. She said how she hadn’t raised me this way and what had poker done to me. That's when it hit me, how badly I had let people down. I felt ashamed, I had no explanation; explanations don’t cut it in situations like this and often come across as excuses.

“There is a quote on the wall in my school which I always see as I pass the nurse’s office. It says that the real mistake is not tripping up, but staying down. I thought of that and that’s why I’m writing this.

“I’m holding my hands up and taking whatever consequences come. I realize the severity of this, but I also realize that I have to take responsibility for my actions and so I’m paying back everyone involved and in addition paying them compensation of $30,000. I’ve also told my sponsor, etc., and whatever happens there I will take the consequences too. They have been really amazing to me and I’ve enjoyed every minute of working with them. Representing Lock and being part of their amazing team, witnessing the incredible growth, was a pleasure and an honor.

“I’m young, I made a mistake and I hope that this doesn’t define me; I hope that how I deal with this and move forward is the thing that does. And people will say I have no excuse and I know and understand that. I agree. I just want to let everyone know, I’m sorry. I apologize to the guys who lost their money, the people who I love and care about and [whom] I have disappointed and the guys in the poker world who have supported me for letting them down. I wish I had something to say to you all, to say to my parents and my friends and all of those who thought I could do no wrong. Again I’m really sorry.”

While all the evidence compiled had been circumstantial, Macedo’s confession eliminated any doubt. As a result, he has already lost the sponsorship deal he received last April from Lock Poker, was released from Poker Strategy, and has others in the poker community speaking out against him in the poker forums and Twitter, including Andrew Lichtenberger, Peter Jetten, Ashton Griffin, and Ben “Sauce123” Sulsky.

While a confession would seem to be the end of it, the plot only seems to thicken. Apparently, during their investigation, the victims contacted Daniel “jungleman12” Cates and Haseeb “Dogishead” Qureshi, both known supporters and close friends of Macedo. In fact, when the scandal broke on TwoPlusTwo, both players were on their way to Portugal to live with Macedo in order to continue playing online poker. According to the forums, both Cates and Qureshi have backed Macedo in the past, with the latter supposedly the backer who had caused Macedo to be disqualified from the Lock Poker BLUFF Pro Challenge in May after logging into his account and playing.

When the situation was brought to Qureshi’s attention, he admitted that Macedo had confessed and that victims would be reimbursed, assuring them that Cates would pay if Macedo in fact did not. In addition, Qureshi urged that the story be kept under wraps. Given their relationship with Macedo, speculation and rumors have been running rampant regarding both Cates and Qureshi. Some believe they were well aware of Macedo’s activities, if not involved in some capacity. Needless to say, there are a lot of unanswered questions, which neither Cates nor Qureshi have addressed. However, each did release a short, succinct statement, which was posted on TwoPlusTwo. Cates explained:

“Hey all, this has been about as weird and surprising to me and the other high-stakes guys who know Jose as it has been for everyone else. I was told he was 100 percent trustworthy and he seemed like the type to be so, so I never questioned his integrity. I still don't really understand why he not only scammed people in one of the scummiest ways possible, but also decided to risk his whole career for a seemingly small amount. Clearly I made a mistake in trusting him, and now question our relationship as a whole.

“Haseeb and I are in Europe still trying to get settled in to play online once again, we have talked about the situation and we can't abide by what he did, so we can't live with him in Portugal and I can no longer consider him my student.

“Again this is all really ridiculous, I and the high-stakes players who supported him in the past never would have imagined he would do this. GL to all those who got scammed.”

“Right now it's very difficult for me to spend a lot of time on TwoPlusTwo, but as I've heard that the rumors and speculation are running rampant, I will say this and I will say it as emphatically and clearly as I can. None of us who supported Jose had any idea about any of this. None of us. We supported Jose and believed in him single-mindedly, I will admit that. I personally had a very strong relationship with the kid. I don't know why, but none of us who believed in him ever imagined he had it in him to be so greedy and dishonest to do something like this. Clearly, we were wrong, and as was I to place our faith in him. What he did was really ****ed up and inexcusable. I may be able to write more once Jungle and I secure a place to live and lay our heads, but for the moment we are very all over the place. But for everyone who thinks that there is some huge conspiracy or that Jose is a puppet for some high-stakes scamming ring - get a ****ing grip, ffs.”

With so many unanswered questions, theories, and allegations being levied at both Cates and Qureshi, it’s apparent this story is far from over. PokerNews attempted to contact both for a statement early this morning, but there was no response as of press time.

As always, PokerNews will be here to bring you any and all developments as they happen.