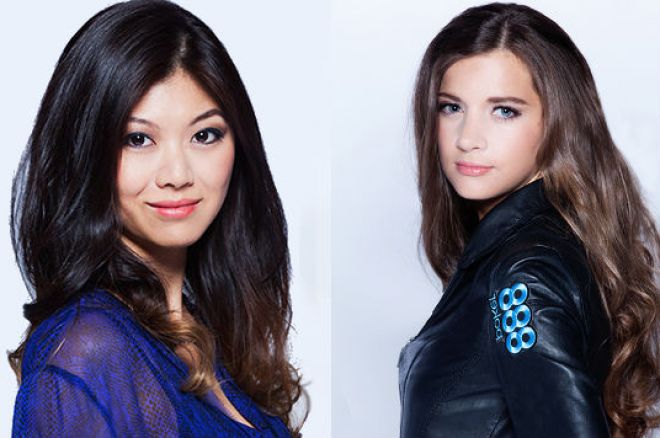 The addition of Liu and Lӧvgren come on the heels of Sam Holden announcing his semi-retirement from poker and as a Team 888poker member.

Liu is one of the most feared female players on the live tournament circuit, having already accumulated more than $1.4 million in cashes according to the Hendon Mob. Her biggest hauls including a fourth-place finish at the PCA in 2012 for $600,000, and third-place result at the European Poker Tour Sanremo Main Event for $524,075. Although a relative newcomer to the poker scene, poker enthusiasts began to take notice of Xiu in 2010 when she won a PokerStars Italian Poker Tour tournament in San Remo for €48,000.

Lӧvgren is more known for her cash game prowess, but she has also accumulated approximately $130,000 in live tournament cashes including four at the WSOP. She's also made deep runs at the Irish Open, EPT San Remo and EPT London High Roller.

Lӧvgren's biggest asset to Team 888poker might come off the felts with her love of writing and social networking as she not only loves to write on her own blog, but she also has contributed to many European newspapers and magazines. She seems particularly excited about becoming an 888poker Ambassador and used enthusiastic words to announce her new adventure from her Facebook profile.

Now it’s official. I’m in Venice and was presented as a new 888poker Team Pro. Some guessed it would be PokerStars but I have invested far too much in blue nail polish to go there!

888poker is really cool and has climbed to the top, recently passing FullTilt as the second biggest poker site in the world.

These days it’s really impressive for a poker site to show record numbers both in active players and in profit. All reviews lately also top rank 888poker and praise the software. This is only the beginning and I will be a member of a fantastic team of Ambassadors working hard to help develop this site even more the next years. You will see me regularly playing online as well as representing 888poker on the biggest live tours like EPT and WSOP. After a fun weekend in Venice at 888live, I’m now heading to Sanremo for EPT!

If you do not already have an 888poker account, now is a great time to do so with a wide variety of cheap satellites to this year's WSOP Main Event. We recommend creating your free 888poker account through PokerNews to reward yourself with the best deposit bonus 888poker offers - a free $88 and a 100% deposit up to $888.