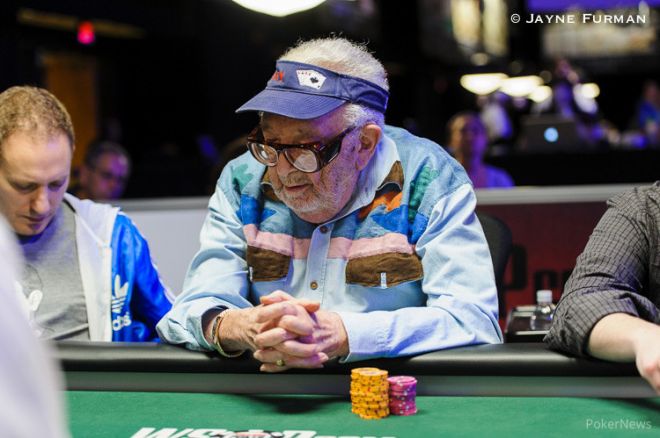 Every so often one of us leads a life so extraordinary as to defy belief, their accomplishments and success strung together with what seems like preternatural ease, their ability to overcome adversity assured almost as a matter of course.

Henry Orenstein is one such individual, a man who survived the horrors of the Holocaust through sheer guile, registering himself and his three brothers as mathematicians to ensure their usefulness and delay extermination long enough to be liberated by Allied forces. Having spent his teenage years trapped within the brutal confines of five different concentration camps, and losing one of his brothers to an Allied air strafing raid after being freed from Sachsenhausen, Orenstein chose to leave his shattered homeland behind forever. Like so many Jewish residents of a war-torn Europe devastated and depleted by seven years of conflict and carnage, the Polish-born Orenstein (born as Henryk) emigrated to America in 1947 simply hoping to build a new beginning.

Orenstein entered into the grocery business and operated a successful store which he eventually sold for a tidy profit, the first in a long line of profitable and productive ventures that would see him rise to the position of president and CEO of the Topper Toys company. In that capacity Orenstein put his creative faculties to become a truly prolific toymaker, registering more than 100 patents for inventions like the Zoomer-Boomer Truck, the Suzy Homemaker Oven, and the Johnny Lightning Car. While Topper Toys filed for bankruptcy in 1973, Orenstein landed on his feet once again, this time working for toy titan Hasbro and convincing the company's research and development department to acquire the prototypes for what would become the Transformers line.

In the early 1990s Orenstein took up the hobby common to so many septuagenarians of that era, and he played seven-card stud with relish while also dabbling in Texas hold'em. In 1993 he registered a 12th-place run at the World Series of Poker Main Event, and two years later he managed to make the final table in poker's premier event, finishing in eighth place while competing against the likes of eventual champion Dan Harrington and poker ambassador Mike Sexton. Never one to accept defeat, Orenstein returned to the WSOP in 1996 and made his second final table in as many years, but this time he finished things off with a win — becoming the champion of $5,000 Seven-Card Stud by defeating Humberto Brenes heads-up and prevailing over a final table lineup that included poker luminaries such as Cyndy Violette (3rd), T.J. Cloutier (4th), and the aforementioned Sexton (7th).

During his initial dalliance with the world of tournament poker Orenstein's famously innovative mind began to work over a problem that few people even knew existed at the time: the lack of excitement generated during televised broadcasts of events like the WSOP. Although the final table was filmed and viewed by audiences across the country, the product was quite unpalatable given the fact that player's hole cards were only revealed on the rare occasion of a showdown. Believing that audiences would flock to the action on the felt if only they could see the cards being played, Orenstein tinkered and toyed with the idea until he and a team of engineers had devised a prototype poker table with cameras installed to provide audiences with access to each player's unexposed hand. On September 19, 1995, Orenstein's application for a patent on the under-the-table hole-card camera was approved by the United States Patent and Trademark Office. The so-called "hole card cam" soon became ubiquitous within the world of televised poker, with the British series Late Night Poker, the WSOP, and the WPT all utilizing the invention to rave reviews.

Having once again applied his golden touch while revolutionizing an entire industry, Orenstein receded from the poker spotlight following his 1996 bracelet win — recording only one more cash since then, with that coming in 2005. Until, that is, Orenstein returned the WSOP final table stage for third time in his career on Thursday, after he navigated a stacked field of 102 runners in Event #61: $10,000 Seven-Card Stud Championship to find himself among the last eight contenders for the title. At the age of 90, and with players seventy years his junior standing in the way, Orenstein showed that his seven-card stud skills have remained sharp in the nearly 20 years since he won a bracelet in poker's classic discipline. Although his inspiring run came to an end at the hands of Phil Hellmuth, who ousted Orenstein in eighth place early on in final table play, the innovator and inventor who made it possible for millions of fans to follow their favorite players' every value bet and bluff was quite proud that he could add yet another accomplishment to a legacy that spans several continents, generations, and industries. Shortly after collecting his hard-earned cash Orenstein took a few moments to tell PokerNews how he felt after making such an impressive and inspiring run.

PokerNews: Mr. Orenstein, congratulations on the deep run and final table appearance. How did it feel to play so well nearly 20 years after winning your first WSOP bracelet?

Henry Orenstein: I feel great, but well, I'm used to it. I've won this before. It's nothing new really, but it was exciting.

PokerNews: You've played with several of poker's greatest players during your heyday in the mid-90's, but what was like playing with Phil Hellmuth, the most successful player in WSOP history?

Phil was very happy to play with me.

PokerNews: Today the hole card camera that you pioneered is used in every major poker event. How does it feel to know something you devised has had such an impact on an entire industry?

It changed the industry, and in fact, one of my more important accomplishments was to bring this young man [Mori Eskandani] into televised poker, because he knew shit about it (laughs). I introduced him, I groomed him, and look what happened.

PokerNews: You've obviously accomplished many things in your long life, but does coming here to the WSOP and seeing what you've helped create give you a certain sense of pride?

This feels good, but you know, I've done things before. I won the Indy 500 twice, as an owner of a car in '69 and '70. I'm also responsible for Transformers, the largest selling category of toys in the world, which the movie is grossing billions and selling in almost every country in the world. Makes the little bastards happy (laughs).

PokerNews: With all of the success you've enjoyed in your life, what does playing well at poker mean to you in the grand scheme of things?


For more on Orenstein's amazing contributions to poker and beyond, check out Remko Rinkema's interview with the WSOP's Nolan Dolla: