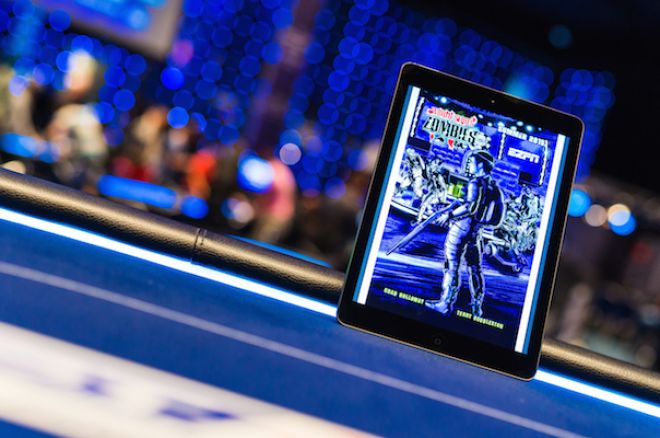 This summer, the poker world will be treated to a one-of-a-kind comic book that combines the zombie genre with poker's most prestigious tournament. Get ready for the World Series of Zombies (WSOZ), an adventure about a zombie outbreak during the World Series of Poker Main Event.

WSOZ is the brainchild of PokerNews Managing Editor and 2013 World Series of Poker bracelet winner Chad Holloway, who has combined his passion for poker and comics into an adventure that features some of poker's biggest names including Daniel Negreanu, Phil Hellmuth, Vanessa Selbst, Antonio Esfandiari, Michael "The Grinder" Mizrachi, and Phil Laak.

"Bringing WSOZ to life has been a goal of mine for a long time, and I can't wait to debut it at the 2015 WSOP," said Holloway, who wrote the comic. "I hope both poker players and zombie fans will enjoy what was designed to be a fun and light-hearted take on poker's premier event."

"When I first started coming up with sketches for the cover, I kept coming back to a horde of zombies behind Negreanu and what I could do to make them distinct," said Reichenbach. "The idea of zombie showgirls made the most sense for a zombie apocalypse in Las Vegas. The juxtaposition of terrifying showgirls coming after the patrons just felt like the right way to put zombies into the world of poker."

The limited-edition comic is priced at $5.00 and will be available during the 2015 WSOP (May 27 through July 14) at the Blue Shark Optics booth in the Rio All-Suite Hotel and Casino. In addition, $1.99 digital copies are available now online at Comixology.com.

Finally, RunGoodGear.com has printed 250 limited edition shirts featuring the cover of the comic book. These shirts are available for purchase here.

Here's what some poker pros say about WSOZ:

"This looks awesome. I'd rather get eaten by a hot female vampire, but either way." - Two-time World Poker Tour champ Marvin Rettenmaier

"Liquid gold; fresh and inventive. What a pleasure to have such a creative artist/storyteller among our ranks! Zombielicious!" – Phil "Unabomber" Laak

"I'm zombie 90% of the time at the WSOP anyway." – The late David "Devilfish" Ulliott

For more on WSOZ, check out PokerNews exclusive video: