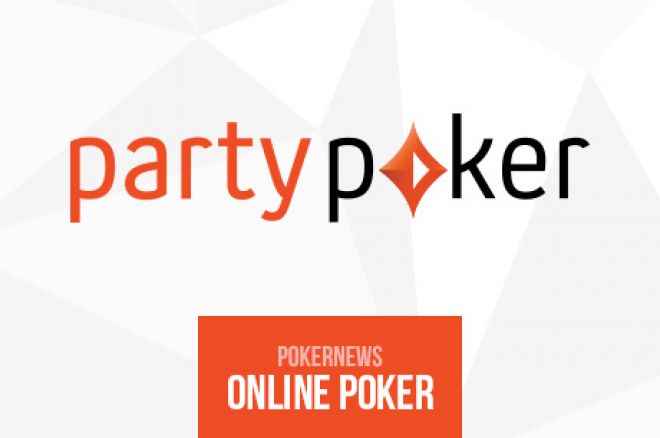 Online poker tournament grinders looking forward to the $2,500,000 guaranteed partypoker Pokerfest will have to wait another month after the partypoker management team made the decision to postpone the 80-event festival.

Pokerfest was set to commence on Sunday, September 27 with the first 12 of 80 events, but on the afternoon of Friday, September 25, performance issues caused by recent updates to the partypoker software inspired the site to postpone the series for a month.

Director of Games Labels for bwin.party Golan Shaked apologized to those expecting to play for a share of $2.5 million in guaranteed prize pools and promised a $50,000 freeroll as a way of compensating them for any inconvenience.

We are not willing to take even the slightest risk with our players’ experience during the 80 events that make up Pokerfest.

“I apologize to our loyal players for having to delay this highly anticipated event," said Shaked. "With a total prize pool of $2,500,000 up for grabs, we are not willing to take even the slightest risk with our players’ experience during the 80 events that make up Pokerfest. To make-up for the inconvenience, we have added a $50,000 freeroll to the updated schedule in appreciation of our customers’ loyalty.”

The revised Pokerfest schedule will be published on the partypoker website shortly and distributed to players accordingly. New to that schedule is the aforementioned $50,000 freeroll.

Players who already registered for any of Pokerfest events will have their buy-ins credited back to their account, while tickets won via satellites will remain valid for the revised Pokerfest schedule.

Although Pokerfest events and satellites no longer appear in the partypoker tournament lobby, the various Sunday Majors that run outside of Pokerfest are present, suggesting it is going to be a case of business as usual for partypoker players over the weekend.

It's not the first time that partypoker has experienced problems in the run up to and during its Pokerfest series. In 2014, partypoker cancelled a number of its top tournaments including two Pokerfest events.

A statement on the Two Plus Two poker forums at the time read:

“We have taken the decision to cancel all tournaments which are due to start in the next two hours due to the Gibraltar ISP network issues we are currently experiencing. This cancellation will affect two Pokerfest events: Event 38 - $75,000 Gtd, and Event 39 - $150,000 Gtd, along with all other guaranteed and non-guaranteed tournaments in our schedule. We sincerely apologize for the inconvenience caused this evening and would like to highlight that we are doing our utmost to ensure a stable network is resumed as soon as possible.”

In late 2014, partypoker and its fellow Gibraltar-based rival, 888poker, were victims of Distributed Denial of Service (DDoS) attacks that ultimately resulted in 888poker creating a "Pause Tournament" feature to suspend tournaments during any further attacks. However, it is not DDoS attacks that are causing the current technical issues experienced by partypoker players this time around.

PokerNews will bring you the new partypoker Pokerfest schedule once it is announced.