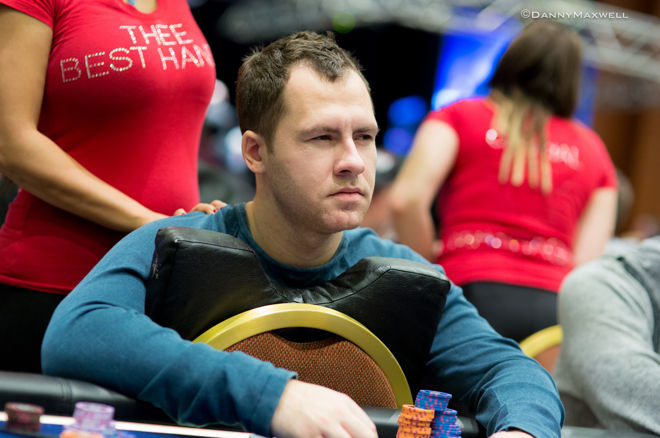 There were some massive scores in this weekend's Sunday majors, thanks in part to the Mountain Series taking place at PokerStars.

One Mountain Series event, the $700 Kilimanjaro, saw 1,452 players buy in and create a $972,840 prize pool, the lion's share of which is now nestled in the PokerStars account of Doug "WCG|Rider" Polk who walked away with $162,951.56 by being the last player standing. Polk defeated Matas "bebaimis777" Cimbolas heads up to claim the title, leaving Cimbolas to console himself with the $119,172.90 runner-up prize.

Despite being huge, Polk's score was not the largest of the weekend. That honor went to the $350,280 won by Costa Rica's "majagua69" in the $2,100 Mount Everest tournament. Amazingly, "majagua69" only had $10,000 in online tournament winnings before this massive result. No doubt we shall be seeing more of him in the future.

This week’s Sunday Million was taken down by Finland's "Turko_man," who collected $183,708.88 for his win, beating "salta44" of Argentina heads up for the title. The Argentine banked $136,298 for his second-place finish.

There was also a familiar name at the top of the Sunday 500, as Daniel "w00ki3z" Cates claimed the $64,798 first-place prize, showing he is not only a cash-game specialist, but also adept at online tournaments, too.

Some of the biggest PokerStars Sunday scores not mentioned above included:

South Korea's "Rissah" won the Sunday Brawl this week for a $7,102.54 payday, a figure helped by them eliminating 12 opponents on their way to victory meaning the collected $3,159.35 in bounty payments.

Former Irish Open champion Ian "Simpioni" Simpson took down the $50,000 guaranteed Weigh-In at partypoker this Sunday, outlasting 775 opponents on his way to securing a payout of $12,935.92. "Shongalolo" more than doubled Simpson's impressive score when they walked away with the $29,839.59 first-place prize in the $150,000 guaranteed Main Event, while "Atuaprimade_4" locked up $38,610 by winning the $150,000 guaranteed High Roller.